Irish Grand National: focus on the trainers aiming to topple Elliott and Mullins 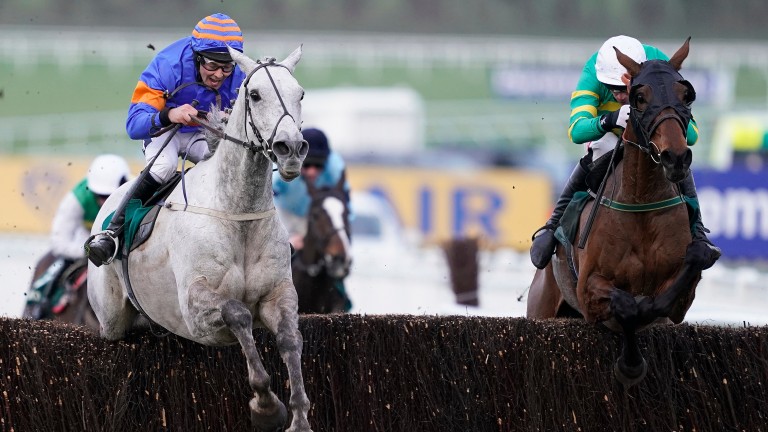 Kim Muir winner has 'nothing in hand'

Ted Walsh enjoyed Irish Grand National glory with Commanche Court 19 years ago and on Sunday he had the market leader for this year's contest in Any Second Now.

However, the trainer is certainly not getting carried away and was cautious over the prospects of Mark Walsh's mount, who won the Kim Muir Chase at Cheltenham last month.

Walsh said of the seven-year-old, one of five runners in the race for four-time winning owner JP McManus: "I was delighted when he won the Kim Muir, although it was probably quite an ordinary race.

"He has got more weight and will need to do better. Hopefully the longer trip might suit and maybe he's improving all the time, but he has nothing in hand."

Benny has been trained for this race

Monday's big race has been the target for the Liam Cusack-trained Snugsborough Benny since he won a 3m chase at Fairyhouse in February.

Cusack said of Denis O'Regan's mount: "We decided to train him with the Irish National in mind and to keep him fresh for it.

"There were other races we could have run him in but we made a plan and stuck to it."

He added of the nine-year-old, who was around the 14-1 mark on Sunday: "He's going there in good form and should appreciate the good ground.

"He's been learning all the time and hopefully he'll run a good race."

The Noel Meade-trained Tout Est Permis heads the weights and is one of 12 runners for Gigginstown House Stud, whose colours have been carried to victory in the race four times.

Unbeaten in his last three starts this season, Sean Flanagan's mount is returning from a 92-day absence having won a Grade 2 event at Thurles in January.

Meade said of the six-year-old: "I couldn't be happier with him. It won't be easy having to give weight to all his rivals but he's in really good form.

"Whether he'll get the distance remains to be seen, but we think there's a good chance he will."

Breeze ready to cause a storm?

Jessica Harrington and Paddy Kennedy, who went close to Grand National glory when Magic Of Light ran second to Tiger Roll earlier this month, team up again with Whisperinthebreeze.

The six-year-old, who like Magic Of Light carries the colours of the late Ann and Alan Potts, was in front when falling at the 14th fence in the National Hunt Chase at Cheltenham on his most recent start.

Speaking on Sunday, Harrington, who won the race with the ill-fated Our Duke two years ago, said: "Whisperinthebreeze has schooled well since his fall and will like the good ground. He's in good form and has a nice low weight."

Frank Berry, racing manager to JP McManus, owner of Minella Rocco
He came out of Aintree well and, while it will be a tough task, Jonjo [O'Neill] is very happy with him.

Enda Bolger, trainer of Auvergnat
He belted a fence early on in the Cross-Country at Cheltenham last month and wasn't himself before being pulled up. He's back in good form and will appreciate the good ground. The trip won't be a problem. 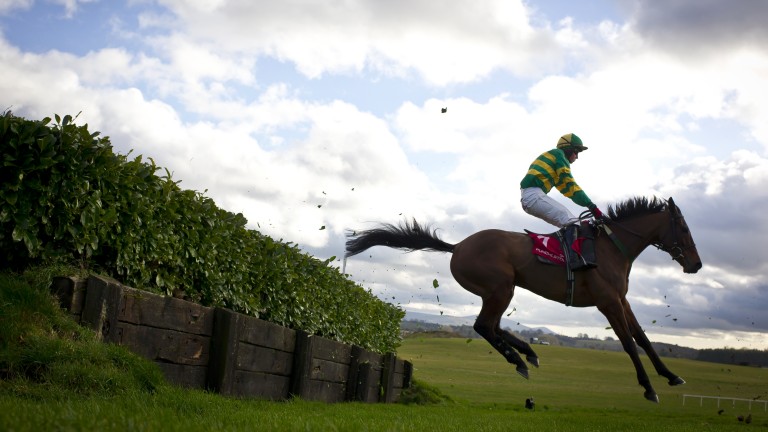 Auvergnat: Enda Bolger is hoping for better from him after he flopped in the Cross-Country at Cheltenham last month
Patrick McCann

Henry de Bromhead, trainer of Valseur Lido
He's not the horse he was a few seasons back, having struggled to come back from injury, but he seems well and we decided to let him take his chance.

Eddie Cawley, trainer of Forever Gold
He ran a blinder when a close third in the race last year and is in great form. But conditions were very testing last year and the quicker ground this time is a concern.

Tom Lacey, trainer of Kimberlite Candy
I'd like to think he could run a big race off a very low weight. In terms of the ground we maybe would have liked to have had more rain, but I'm sure they've done a fantastic job of watering and producing safe ground.

Joseph O'Brien, trainer of Shady Operator and Arkwrisht
Shady Operator is the less experienced of the pair. He came out of Cheltenham well and we think the step up in trip will suit. The negative is that he'd prefer slower ground. Arkwrisht ran well when sixth in the race a year ago. He's failed to complete on his last two starts and would prefer soft ground.

FIRST PUBLISHED 6:00PM, APR 21 2019
I couldn't be happier with him. It won't be easy having to give weight to all his rivals but he's in really good form