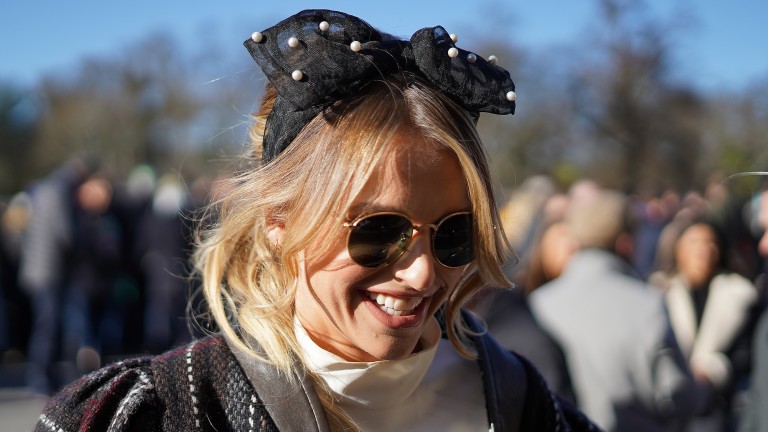 After being signed up by Ladbrokes as an ambassador, TV presenter, DJ and model Vogue Williams was at Cheltenham on Wednesday and announced an ambitious plan to ride in a charity race.

Williams will undertake five months of intensive training under the tutelage of Epsom-based trainer Jim Boyle.

She said: "I love racing and grew up riding in Ireland. I'm thrilled to be working with Ladbrokes, and the chance to become a jockey is a big undertaking and, for a lifelong racing fan, a dream come true.

"I'm really grateful to Jim Boyle for his support. I'm looking forward to help raise funds for the charity associated with the race, but on top of that I'm also really determined to win."

Kenny Alexander, chief executive of Ladbrokes and Coral's parent company GVC Holdings, has had something of a fraught week.

He came in for flak after selling £13.7 million worth of GVC shares but events related to the racecourse have probably caused greater heartbreak.

Not only was his talented mare Honeysuckle ruled out of Thursday's mares' novice hurdle, but Alexander will also miss seeing his other runners at the festival as he is having to undergo treatment on his back.

Word from his colleagues is that Alexander is not best pleased.

FIRST PUBLISHED 6:00PM, MAR 13 2019
I?m thrilled to be working with Ladbrokes, and the chance to become a jockey is a big undertaking and, for a lifelong racing fan, a dream come true