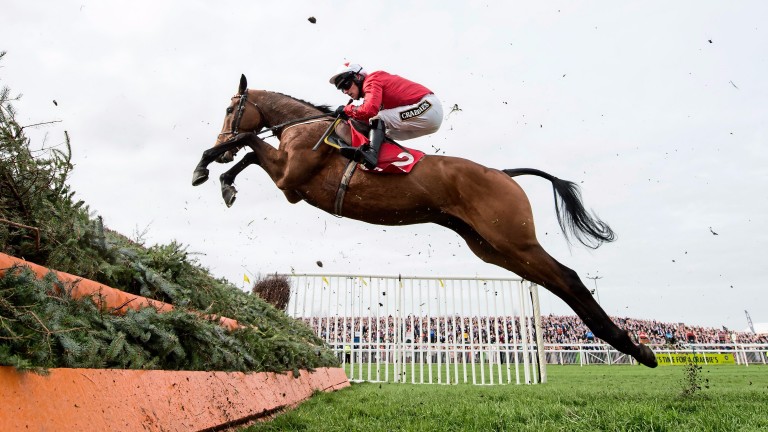 Success for Blaklion would have been a lot worse for the bookies
Edward Whitaker
1 of 1
By Keith Melrose 7:54PM, APR 9 2017

A draw was the broad reaction of bookmakers after One For Arthur's impressive Grand National success, with most reporting a fairly even outcome on the race.

Michael Shinners of SkyBet expressed sentiments quite close to the prevailing mood among the big firms: "One For Arthur was not unsupported with ourselves, although we had far worse results including Definitly Red. Cause Of Causes and Blaklion were popular each-way which meant the result was pretty much a level race".

Nicola McGeady of Ladbrokes echoed: "It wasn't quite as good as recent years but we can't really complain. Blaklion and Definitly Red would have been lousy so we dodged the worst of it.

"There will be plenty of punters with an Arthur in the family raising a glass but the anticipated gamble didn't really materialise. We will leave Liverpool without any complaints."

Some other firms were bemoaning the placed horses, which they claimed turned an even result into a losing one. Katie Baylis from Betfair said: "One For Arthur goes down as a quite well-backed winner of the race having been popular with punters all day.

"The placed horses were also quite punter friendly with the well-backed favourite Blaklion finishing fourth, meaning punters have come out well in front on the day. But we mustn't grumble as the National has been brilliant for us in recent years."

Betfred chief Fred Done was quoted as saying: "It was not one for the bookies and we'll be paying out to Arthurs everywhere plus our Scottish shops will be very busy after a 38-year wait."

Paddy Power paid six places and thus shelled out for the place parts of bets struck on the well-fancied Vieux Lion Rouge. Their representative Paul Binfield said: "One For Arthur was well backed as punters sizzled in the sun and as we paid six places popular Vieux Lion Rouge filling that berth meant it was a pretty evenly split result in the National."

Among the firms paying five places were bet365, who were much happier with the outcome. "It looks a winning race for us, helped by fifth-placed Gas Line Boy," said Pat Cooney, who also reported the winner to be 16-1 favourite for the 2018 National with the firm.

FIRST PUBLISHED 6:48PM, APR 8 2017
Blaklion and Definitly Red would have been lousy so we dodged the worst of it