Missy Tata out to stretch winning sequence over hurdles 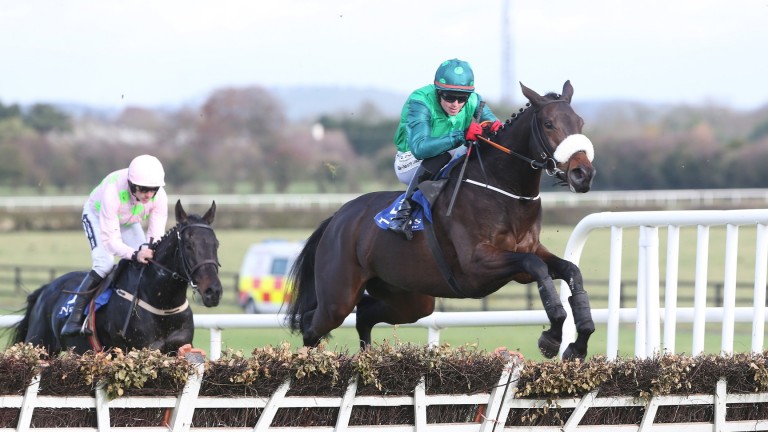 This has the potential to end in a match on the day with three of those declared having run either on St Stephen's Day or Tuesday, namely Allblak Des Places, Brelade and Swamp Fox.

Gordon Elliott is intending to run Missy Tata, though.

At the start of the season the prospect of sending the four-year-old filly over fences had been a topic of much debate.

However, she has been so good over hurdles thus far this winter, winning her two races – most recently a Grade 3 at Naas – that those plans were shelved, the view being she could be good enough to mop up in contests like this.

Elliott said: "Missy Tata is in super form. We've resisted sending her over fences this season and she's rewarded our faith in her over hurdles. This looks like a nice opportunity and I'm very hopeful of a big run."

Willie Mullins has declared Cap D'Aubois, with Paul Townend in the saddle, alongside Allblak Des Places.

The Rich Ricci-owned horse was pitched in at the deep end on his debut for the Mullins stable at the Punchestown festival, tackling the Grade 1 four-year-old hurdle in which he trailed home last of the five runners behind Apple's Jade.

He has not been seen since that contest but a return to the sort of form that enabled him to win in France should see him give Missy Tata a race.

FIRST PUBLISHED 6:00PM, DEC 27 2016
Missy Tata is in super form. We have resisted sending her over fences this season and she has rewarded our faith in her