Missile bidding to put on an explosive show 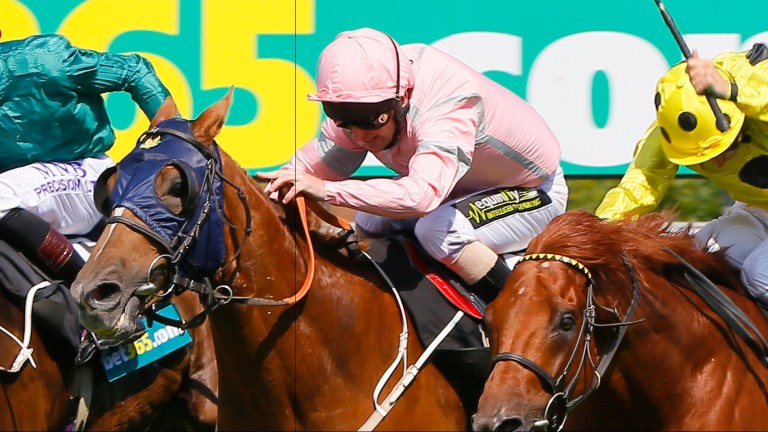 Thirteen runners are due to face the starter for a £55,000 handicap that has been rescheduled following the abandonment of the remainder of Kempton's card last Monday in what proved tragic circumstances.

Most punters who were playing at early prices that day seemed to focus on the Jeremy Noseda-trained three-year-old Sixties Groove, a very strong favourite at the time of the abandonment.

This course-and-distance winner finished a highly creditable fourth of 16 to Scarlet Dragon in a fiercely contested Newmarket Class 2 handicap on his last start and looks the one to beat.

The Hugo Palmer-trained three-year-old Banish appears to reserve his best performances for the all-weather. Well drawn in stall three, this course and distance scorer could go well under Josephine Gordon.

Rock Steady on the upgrade

Rock Steady’s official rating has soared from 72 last October to a career-high 87, but he still looks competitive off his new mark. A confirmed hold-up performer, his chance would increase in a strongly run race.

Harry Dunlop, trainer of Storm Rock
He ran a super race at Newbury last time and had previously won at Salisbury. He comes into his own in the autumn and is in good form. I'm concerned about the trip – he’s never been this far before – but it’s such a valuable race we’ve got to have a go.

Mike Murphy, trainer of Zamperini
We’re putting blinkers on to sharpen him up as he can race lazily. The draw does us no favours, but we’re happy to take our chance. It’s a competitive race but he’s in fine form. Sixties Groove looks the one we’ve all got to beat.

James Fanshawe, trainer of Sam Missile
It’s a competitive race but he has a good record at Kempton and seems in good form.

John Best, trainer of Charlies Mate
We were hoping for a better draw this time but he has actually fared even worse. It will be tough from stall 12, but I don’t think there’s an awful lot of pace there and he never runs a bad race. He’s well but may prove vulnerable to the younger horses still improving. If he finishes there or thereabouts I'll be delighted.

Charlie Johnston, assistant to trainer Mark Johnston, trainer of Sennockian Star
It’s great for horses of his rating to be able to compete for such a large amount of money. Sennockian Star has been pretty consistent of late, without winning. He isn’t quite as good as he was two years ago, but he’s drawn well and ran a cracking race at Doncaster last time. Any chunk of the £55,000 would be nice.

Derek Shaw, trainer of Petrucci
He's settled in nicely since we got him [from Sir Michael Stoute’s stable]. It’s a tough race but he’s come on for his run at Doncaster and the extra week we’ve had has been beneficial to him. He’s had a wind op and I hope that will help. He has the form in the book to run a respectable race.

FIRST PUBLISHED 6:00PM, NOV 8 2016
It's a competitive race, but he has a good record at Kempton and seems in good form