'Miss Temple City is the best filly I've ever trained' 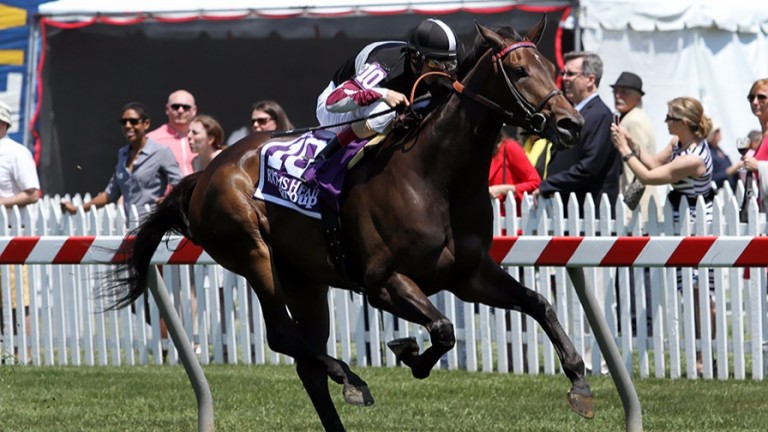 Markus Munch, trainer of Spectre
She's in good shape. I wasn't sure because it was her first flight, she was a little bit nervous on the first day, but now looks brilliant. I think she'll run well because she's a fighter.

Graham Motion, trainer of Miss Temple City and Ring Weekend
Miss Temple City is the best filly I've ever trained. We have to face Tepin at some point and I think this is the right time. It's a very deep race but I still think Tepin is the horse to beat. She's got one chink in her armour and that was last time out. Ring Weekend loves this turf course and is very talented. I told the owner at the beginning of the year this was the race I wanted to run him in. The thing I like is that he's lightly raced, I think that helps you.

Todd Pletcher, trainer of Photo Call
She was a Grade 1 winner prior to beating Tepin, so she'd shown she has big performances in her. What we were trying to figure out is what her ideal distance was and how she needs to be ridden. It was a pretty impressive performance.

Shug McGaughey, trainer of Ironicus
He likes to train and he loves to run. He's got a strong kick and when he kicks, he kicks hard. He's got beat a couple times because he didn't get the run of the race, which is part of grass racing.

FIRST PUBLISHED 6:00PM, NOV 4 2016
We have to face Tepin at some point and I think this is the right time