Minute's silence to be observed for former racecourse chairman 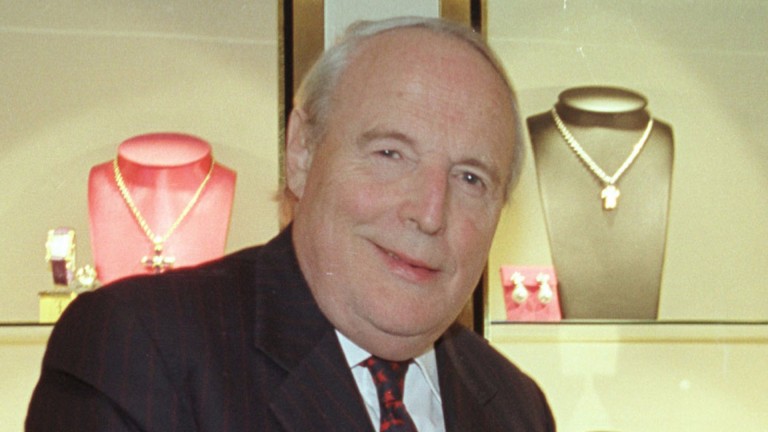 Goodwood will on Tuesday hold a minute's silence and jockeys will wear black armbands to mark the death of Charles Henry Gordon-Lennox, tenth Duke of Richmond and former racecourse chairman, last weekend.

The Duke's role in the establishment of Goodwood and the Glorious meeting into its international renown will be remembered at the track's penultimate midweek fixture.

It is an occasion that will also recall former course director and racing historian Peter Willett with a £25,000 mile maiden for two-year-olds (2.40) named after him.

The contest is limited to horses that are EBF eligible and sired by a winner of a race over a mile and a half or further. Among the newcomers are Investec Derby entrants Showroom and Silver Crescent, while Highland Sky is engaged in the Royal Lodge Stakes.

Gift Of Hera is the sole filly but holds an entry in the Group 1 bet365 Fillies' Mile and is highly regarded by trainer Sylvester Kirk.

"She has a fabulous pedigree, being by Nathaniel out of Premier Prize, making her a half-sister to several winners including Cocktail Queen, who won the Grand Prix de Deauville," Kirk said. "She's a gorgeous looker with a great attitude."

Of those that have run, Ship Of The Fen boasts the best form and trainer Martyn Meade said: "He'll be coming on for his couple of runs and the extra distance will suit him. It's an unusually-drafted race."

The Royal Sussex Regiment Handicap (3.50) was won by Melbourne Cup aspirant St Michel 12 months ago but the 0-105 contest contains nothing of his calibre this time, with topweight Jacob Cats rated 88.

The eight-year-old has been running over a mile and a half but has another try at two miles, after one attempt last year.

Trainer William Knight said: "He looks like he's flat out over a mile and a half so it's definitely worth trying again to get the two miles.

"He always suggests he'll get that bit further, and if he does then he'll be very competitive. He's off 4lb lower on the turf — they've left him on 92 on the all-weather — so we'll see if we can take advantage of his turf mark."

Salute up in trip for hat-trick bid

Golden Salute has already won twice over five furlongs to continue the successful summer of the Hot To Trot syndicate, best known for Royal Ascot winner Heartache, and goes for a hat-trick over six furlongs in the fillies' nursery (3.15).

Syndicate manager Sam Hoskins said: "Hopefully she'll run really well. The ground would be a slight doubt, but as long as it's no worse than good to soft she should be okay. She won on slowish at Bath under a penalty and she has a good attitude.

"The handicapper has been fair. On her Bath run Andrew [Balding, trainer] thinks she'll be fine over six, and she has a good draw on the rail as well.

"It's a good pot and there are only eight runners. The topweight Neola was fifth in the Queen Mary — she comes down in class and is the big danger. It would be great if it could dry up a bit."