The three to watch this evening 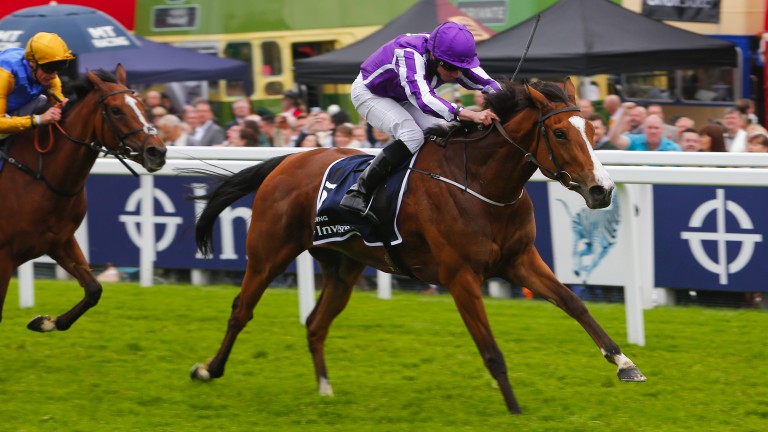 Three Flat turf meetings this evening, starting with Newbury at 5.20, although there is an Arab race at 4.50. Leopardstown kicks off next at 5.50, while Epsom's first race is at 6.05.

Conquest
5.50 Leopardstown
Beautifully bred newcomers from Aidan O'Brien's yard are always worth close inspection – even if his strike-rate first time out is not as impressive as the rest of his stats –and that is certainly the case with Conquest, whose big sister Minding won the 1,000 Guineas, Oaks, Pretty Polly Stakes, Nassau Stakes and Queen Elizabeth II Stakes last year. She might not run again, so all eyes will be on Conquest, who appears the O'Brien first string on jockey bookings with Seamie Heffernan in the plate.

Traveller
7.05 Newbury
Don't say you weren't told. A gripe among many punters is the lack of information about wind operations and nothing, it seems, gets their goat more than finding out a horse has had one after it has won. With that in mind, they should perhaps be thankful to Charlie Hills for alerting readers of his Racing Post Weekender column that Traveller had a procedure following a respectable second at Leicester in April. Lightly raced, he retains potential.

Ashpan Sam
8.50 Epsom
If you're a horses-for-courses disciple, Ashpan Sam could be the one for you. His record over six furlongs at Epsom reads 118271 –the last of which came only last week. That has resulted in a 6lb penalty but it was the eight-year-old's best run for the thick end of a year, sohe merits more than a second look. One note of caution may be underfoot conditions as his victories at the track have come on decent ground, so connections will hope the dry forecast is accurate.

FIRST PUBLISHED 3:35PM, JUL 13 2017
A gripe among many punters is the lack of information about wind operations