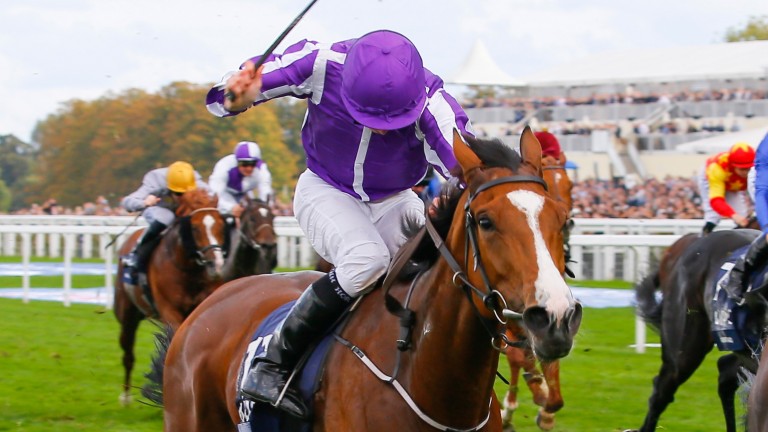 Minding was named Cartier Horse of the Year on Tuesday night at an awards ceremony at the Dorchester Hotel, London dominated by Coolmore and Aidan O’Brien.

The three-year-old Galileo filly, owned by a Coolmore partnership and trained by O’Brien, was a five-time Group 1 winner under Ryan Moore this year, including the 1,000 Guineas, Oaks and Queen Elizabeth II Stakes.

A new Cartier Awards record was set with five of the eight equine awards going to horses owned by Coolmore partnerships.

Found, winner of the Prix de l’Arc de Triomphe by a length and three-quarters under Moore at Chantilly in October, won the older horse award, ahead of Postponed, Limato and Highland Reel, while Gold Cup hero Order Of St George struck in the stayer category and Dewhurst scorer Churchill landed the two-year-old colt award.

Cartier racing consultant Harry Herbert, said: “I would like to extend my congratulations to the Coolmore team on the phenomenal achievement of gaining a record five awards at the 26th annual Cartier Racing Awards.

“Minding and Found are brilliant fillies, while Order Of St George is a stayer out of the top drawer, and Churchill’s performances bode well for 2017.

“Aidan O’Brien’s achievements, with Minding, Found, Order Of St George and Churchill, plus many others in 2016 and during the last 25 years, speak for themselves and this outstanding trainer richly deserves the Cartier/Daily Telegraph Award of Merit.”

Horse of the Year: Minding

FIRST PUBLISHED 11:00PM, NOV 8 2016
Minding and Found are brilliant fillies, while Order Of St George is a stayer out of the top drawer and Churchill's performances bode well for 2017