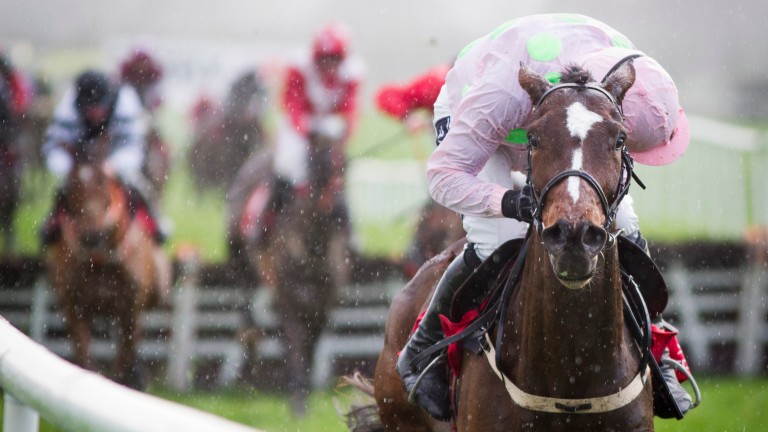 This race has provided racegoers first glimpses of subsequent Willie Mullins-trained stars as both Vautour and Douvan have landed this 2m1f beginners' chase at Navan in the last two years.

Mullins relies on Min, who is making his eagerly anticipated debut over fences, to maintain his race dominance today, and the Rich Ricci-owned gelding is already as short as 6-1 with most firms for the Arkle at Cheltenham.

Sent off favourite for the Supreme Novices’ Hurdle last season after arriving to Cheltenham on the back of two solid wins and much hype, the Walk In The Park gelding found only Altior seven lengths too strong.

That was the five-year-old’s final start last term and he faces 16 rivals as he bids to make it a four-timer for Mullins and Ruby Walsh in today's beginners' chase.

Gigginstown House Stud will be represented by the former Mullins-trained Fire In Soul, who makes his chase debut for Henry de Bromhead.

Speaking to the Racing Post ahead of Min’s chasing debut, the champion trainer said: "He has schooled nicely and has matured well over the summer. Last year he looked big and raw, but some of the Walk In The Park's are like that. I think he's got very strong and looks more the finished article now."

Patrick Mullins is similarly excited about what the season may have in store for Min, and said: "We have been very happy with his schooling at home. He is a very tall leggy horse so hopefully chasing might bring about improvement in him, and if it does, he is obviously very exciting."

Joseph O’Brien is hopeful that Edwulf may be able to provide Min with a headache on his seasonal debut.

“Our fella is very good and we are looking forward to getting him started," O’Brien said.

"He was a bit unlucky last season when he fell on a couple of occasions, and if I am honest, that really surprised me as his jumping would be one of his assets. Touch wood, he seems to be schooling well and should have a nice season over fences.

"The beginners' chases over the weekend have looked like graded races. Min was a top class novice hurdler and he looks like he could be quite good in this sphere if he takes to fences."

FIRST PUBLISHED 6:00PM, NOV 26 2016
He's a very tall leggy horse so hopefully chasing might bring about improvement in him, and if it does, he's obviously very exciting