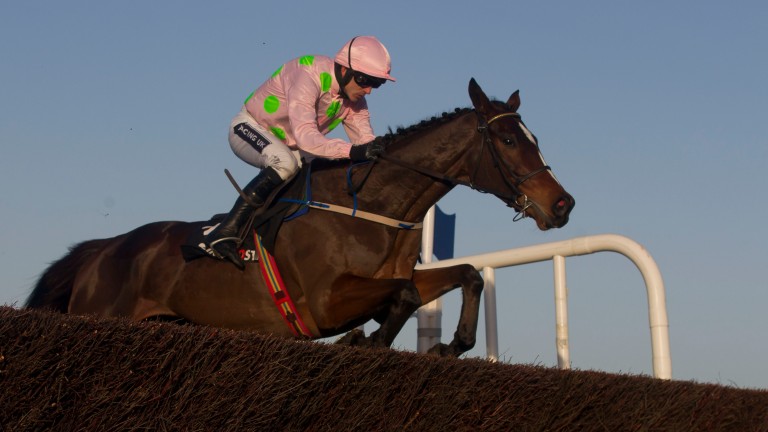 Min followed in the footsteps of stablemate Douvan in delivering an emphatic win, helped by market rival Identity Thief blundering his way out of the race and being pulled up after five fences.

The Willie Mullins-trained five-year-old was cut to 5-2 (from 5) with Ladbrokes for the Racing Post Arkle Chase, for which Paddy Power and Betfair Sportsbook offered a best price of 7-2.

Owner Rich Ricci and Mullins were winning the race for the fourth time in the last six years, although it was a first success in the Grade 1 for Ruby Walsh, who was riding at Leopardstown on St Stephen's Day for only the third time in the past 15 years.

Owner and trainer were previously successful in the event with Blackstairmountain and Arvika Ligeonniere, before Douvan in 2015.

Min, who made the running, scored by nine lengths from Identity Thief's stablemate Ordinary World, much to the delight of Mullins, who said: "I'm very happy with that performance. He jumped from fence to fence and put his rivals under pressure by doing so. Let's hope he can keep doing that in his races.

"He treats fences with a lot more respect than he showed for hurdles last season, when he was inclined to race too freely.

"He's settling a lot better and that probably gives him more pace at the end of his races. He could back here for the Arkle next month."

Walsh said: "I loved the way he quickened off the final bend. He showed real pace. He jumped super. I really like him."

Min and Identity Thief jumped off disputing the lead but Identity Thief was awkward at the third and lost ground at the next two fences before Bryan Cooper pulled him up and dismounted.

Cooper said: "His jumping wasn't right from early in the race and I'm not sure what the problem was. I pulled him up after the fifth fence in case there was a serious problem."

Speaking later in the day, trainer Henry de Bromhead said: "Identity Thief was a bit sore and tight behind but we trotted him up and down and he doesn't seem to have done himself much harm. We'll see how he is in the morning."

The Noel Meade-trained Road To Respect finished third, half a length behind Ordinary World.