Min is out to give Willie Mullins and Rich Ricci another victory in the Racing Post Novice Chase
Alain Barr
1 of 1
By Tony O'Hehir 6:00PM, DEC 25 2016

Victory for Min in this Grade 1 contest would be a first for Ruby Walsh, whose career path has meant Kempton rather than Leopardstown on December 26 has been the norm.

Walsh has ridden at Leopardstown on this day only twice in the past 15 years – in 2001 and 2013, when he finished third in this valuable event on Champagne Fever.

However, Min's trainer Willie Mullins and owner Rich Ricci know all about what it takes to land the prize. They have won three of the last five runnings with Blackstairmountain (2011), Arvika Ligeonniere (2012) and Douvan a year ago, and Min will probably start odds-on after his ten-length win on his debut over fences at Navan last month – a race that launched the chasing careers of Vautour and Douvan.

The five-year-old, 5-1 second favourite behind Altior for the Racing Post Arkle Chase at Cheltenham, faces six rivals in this €90,000 highlight, most notably Grade 1-winning hurdler Identity Thief, an 8-1 shot for the same festival event and who is two from two over fences.

Mullins said: "Min is in good form and we've been happy with him since his Navan win."

Henry de Bromhead, whose highest achiever, Sizing Europe, won the race in 2009, said of Identity Thief, last year's Fighting Fifth Hurdle winner: "He was good last time, winning a Grade 2 at Punchestown, and this race looked the obvious next step. He's in good form and has been schooling and working well." 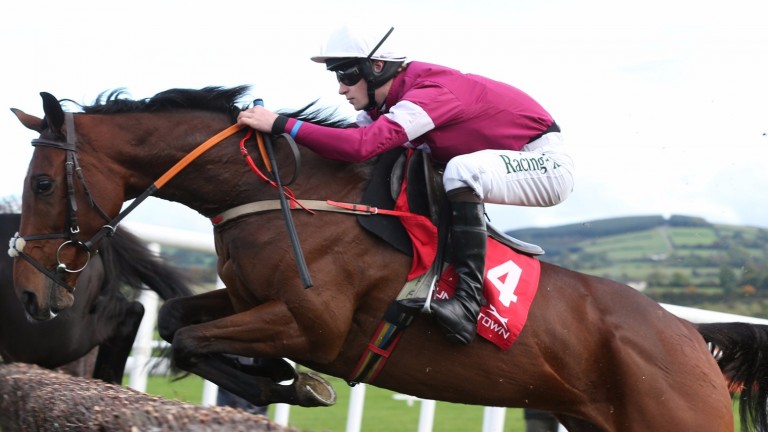 Alan Fleming, trainer of Tully East, who made a winning debut over fences at Thurles at the beginning of the month, said: "We were very pleased with the way he worked and schooled recently. We think he has improved a bit from Thurles and if he jumps as well as he did there he should give a good account."

Noel Meade, represented by Road To Respect, said: "We're experimenting by dropping him down in trip. It looked as if he didn't get home over two miles four in the Drinmore last time, when he appeared to be travelling well before the second-last only to fade. He's in great form."