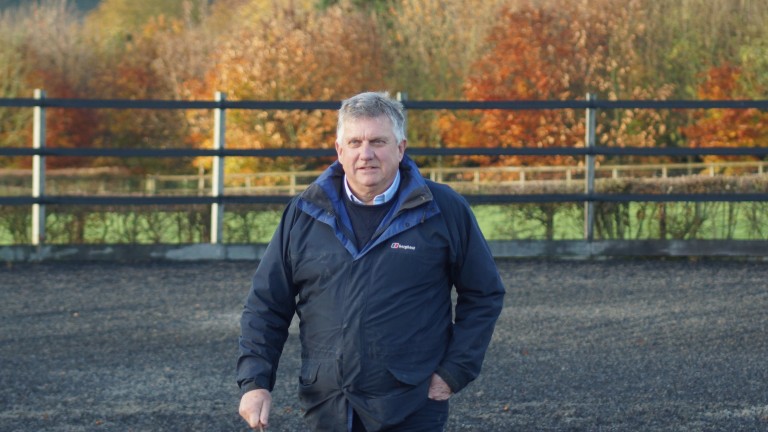 Trainer Milton Harris, whose training licence was not renewed by the BHA seven and a half years ago having been declared bankrupt, will saddle his first runner back at Huntingdon on Sunday.

It has been a long road back for Harris, via two failed appeals to the BHA but, having now met their requirements, Western Morning will become the first runner of his second spell as a trainer in the Fairfax And Favor Conditional Jockeys' Handicap Hurdle under Bryony Frost.

"It's been too long, but that's life," said Harris. "There are people worse off than me. It's been a long road, a very difficult one, and without my extraordinarily loyal owners I wouldn't be here now. We're delighted to be back."

Harris is confident winners will come, if not necessarily on Sunday: "We're still getting used to the facilities – which are the best I've ever had – and it's a sight to see where we are with them."

On the chances of Western Morning the trainer added: "He wants decent ground, which hopefully he'll get, this is his trip and we have a very experienced jockey - nothing would give us greater pleasure than to come back with a winner. He'll win races, I'm just not sure if it's tomorrow."

FIRST PUBLISHED 6:00PM, DEC 8 2018
Without my extraordinarily loyal owners I wouldn't be here now. We're delighted to be back