Millionaire owner banned for 15 months for laying his own horse 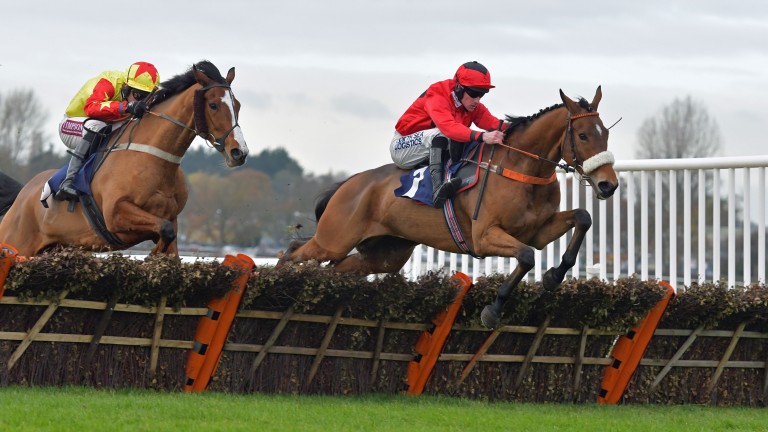 A millionaire businessman claimed he laid his own horse on Betfair to prove "an egotistical point" to his trainer as he was disqualified for 15 months at a BHA inquiry on Thursday.

Stephen Burdett, 49, from Scunthorpe, was disqualified with immediate effect after being found to have broken the rules as a registered owner on two occasions when laying Craggaknock, trained by Mark Walford and running in his company's name, in two hurdle races at Warwick last May.

Reacting to the verdict, Burdett said: "I am massively disappointed to be disqualified for what was just an innocent mistake. I was backing my opinion and did it in good faith and with no inside information and certainly not with any deceit alleged by the BHA."

The director of Alfa Site Services, a civil engineering business the BHA heard had 120 employees and a turnover of £14m last year, with gross profits of £2.3m, initially denied to the BHA laying Craggaknock in the races, blaming his wife for getting his instructions to place his bets muddled up while he was holidaying in a caravan in Cornwall.

A month later, after telling his trainer about what he described as "his accidental lay" and learning it was against the rules, he came clean to the authorities about his bets on his hurdler, who finished fourth of five in the first race on May 13 and fifth of six 12 days later.

The hearing was told Burdett, who said he had on occasions had £70,000 in his Betfair acccount and "bet from £200 to a couple of thousand", has given a £5,000 donation to the Retraining of Racehorses charity even though his winnings are still frozen by Betfair.

'Such a nice guy'

Burdett, pleading ignorance of the rule preventing owners from laying their own horses, told the hearing he has 15 horses and had spent £300,000 in the last year in purchases and fees, as well as having a broodmare who had recently died giving birth to her foal.

The owner said: "It had built up in my head that I wanted to prove a point. I couldn't fall out with Mark as he is such a nice guy, but he was always optimistic about Craggaknock's chances, giving me a lot of optimism to back him.

"I backed myself into a corner in my head and that's why I laid it and I kick myself for it."

Tim Clarke, his solicitor, put it to him "you had an egotistical mindset", and Burdett replied "yes".

Burdett finally bought out Walford and took Craggaknock to Richard Guest, who appeared as a character witness for his owner, describing Burdett as the best owner he has had and that he had no clue his owner was a gambler.

The owner had earlier told the hearing he bet only what he could afford to lose, but added: "My gambling was getting out of hand and after arguments with my wife I agreed to stop gambling and haven't had a bet since October."

Announcing the panel’s verdict chairman Patrick Milmo said: “In our view the penalty of disqualification is unavoidable and a fine would be unjustifiably lenient for such serious breaches, but we recognise Mr Burdett is a racing enthusiast who has contributed beneficially to racing.”

Craggaknock remains in training with Guest, having finished a creditable second on his first run for him before being beaten on unsuitably soft ground.

The future of Burdett’s horses was unclear last night. His request for a 14-day suspension of disqualification was denied by the panel under BHA rules.

FIRST PUBLISHED 3:21PM, MAR 22 2018
I didn't have confidence he had it in him as he kept saying each time he was back to his best but that he might have bad joints

Racing has its problems and it's up to racing to solve them Extra money - but less competition and lower crowds: the impact of more racing How safe is your money if a bookmaker goes bust? Communications director Martin Fewell set to leave BHA Whether you love it or loathe it, the Racing League is ready to roll the dice Danny Brock gets 30-day ban for breaking whip rules on one ride in seven in 2021