Milestone appearances for both Showboating and Head Space at Southwell 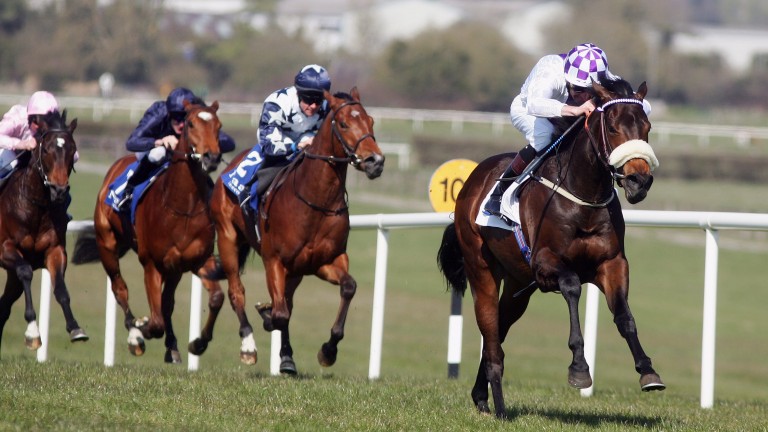 Racegoers at Southwell are in for a treat on Wednesday afternoon, as Showboating and Head Space are both set to join racing's 100 Club, while 29-time winner La Estrella has his second run since coming out of retirement.

Showboating bids for a tenth career win in the 7f Sun Bets On The App Store Handicap, and might take some stopping, despite a 6lb penalty for last week's course win over an extra furlong.

The nine-year-old is trained nowadays by John Balding, but he raced for much of his career with Alan McCabe, who no longer trains but remains involved.

McCabe, who hopes to be at Southwell, said: "I bought him for 5,500gns from David Marnane at the sales as a three-year-old. He was a nice, big, strong horse, and he had caught my eye once in Ireland when gambled on.

"He's done well but I promise you he's a much better horse at home than on the racecourse. He's always worked like a Group horse, but like so many of these old timers it's probably because he saves plenty for himself and has his quirks that he's lasted so long."

"I sent him to John when I gave up my licence because I thought John's family-run set-up would suit his personality, and also he's not too far from Southwell, where he runs so well. John has done well with him."

Head Space, a fellow nine-year-old, is also bidding for a tenth win when facing only two rivals in the seller. He began life with a five- length win at Naas for Jim Bolger and has since raced for Ruth Carr, Michael Attwater and now David Evans.

Evans has had him only since August, having claimed him for £5,000 at Lingfield, but it will not surprise all-weather aficionados to learn he has already run 15 times for his new stable.

He said: "He's a lovely horse and I claimed him mainly for the kids to ride. He carries a lot of weight and so takes his racing very well, but I don't know how he'll handle Southwell."

La Estrella is still a long way short of joining the 100 Club, but he is just one win short of equalling Stand Guard's record all-weather tally of 28 wins.

FIRST PUBLISHED 6:00PM, MAR 14 2017
Like so many of these old timers, it's probably because he saves plenty for himself and has his quirks that he's lasted so long