RSA hope Might Bite out to show festival class 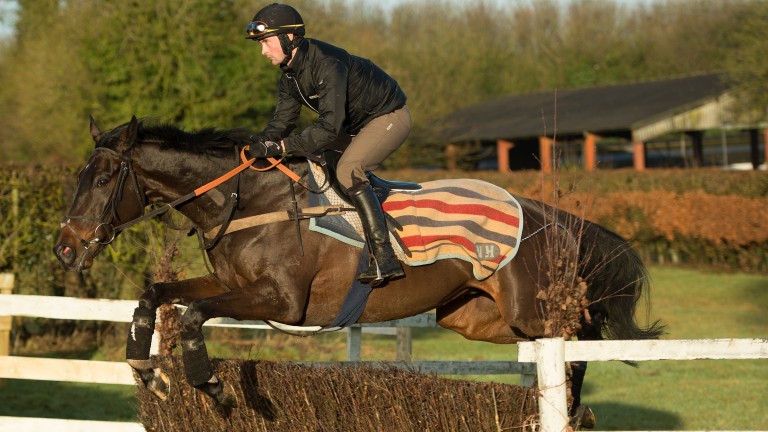 Might Bite: schooled under Nico De Boinville on Tuesday ahead of Doncaster run
Edward Whitaker
1 of 1
By Richard Birch 9:23AM, FEB 9 2017

Might Bite, surely the unluckiest loser of a high-profile race this season, bids to get back on the winning track in a three-runner novice chase (3.00) at Doncaster on Thursday.

Almost 20 lengths clear under Daryl Jacob when falling at Kempton’s final fence in the Grade 1 Kauto Star Novices' Chase on Boxing Day, Might Bite is reunited with fit-again Nico De Boinville, who has partnered the eight-year-old to three of his four wins.

“It’s a shame what happened at Kempton,” said De Boinville. “But Might Bite has come out of it okay and has schooled at home with the same old confidence.

“We’ve always thought a lot of him, and it’s been a case of getting him to that point. Visually he was very impressive until that mishap at Kempton, and I’m looking forward to riding him at Doncaster. Hopefully he can have a nice run round and get his confidence sky-high before Cheltenham.”

Might Bite, who is clearly improving fast, holds entries in the RSA Chase (best-priced 6-1 with Ladbrokes) and JLT Novices’ Chase at the festival.

However, trainer Nicky Henderson is looking no further than Doncaster at this stage. “It’s all about giving Might Bite a nice time,” he said.

“We want him to get into a nice rhythm and to have an enjoyable time. Let’s get through this first before thinking about Cheltenham.”

Might Bite, who has an official BHA rating of 152, faces just two rivals, the Warren Greatrex-trained Ma Du Fou and the Caroline Bailey-trained Gorran Haven.

Harry Cobden rides without the benefit of a claim for the first time in the conditional jockeys’ handicap hurdle (4.40).

The 18-year-old, who lost his 3lb allowance when riding Diego Du Charmil to victory at Musselburgh on Saturday – since when he has had a few days’ grace – partners Stepover for Alex Hales and already has 43 winners this season as he sets the pace for the conditionals’ crown.

“It’s my first official day without a claim and I’m looking forward to this next step in my career,” said Cobden. “Hopefully I can improve another 3lb.

“I’m surprised at how quickly I rode out the claim – things have gone tremendously well – and I’d like to thank everyone, especially Paul Nicholls, for all the opportunities I have been given over the last year and a half.”

FIRST PUBLISHED 6:00PM, FEB 8 2017
Might Bite has come out of it okay and has schooled at home with the same old confidence