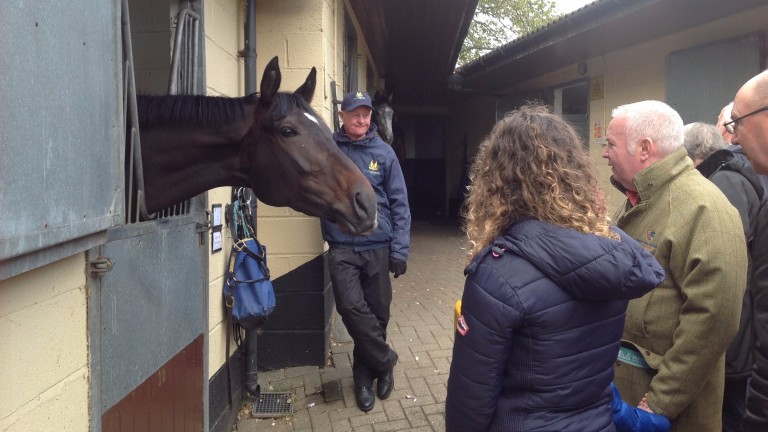 The three-year-old Think So meets his fans as the public visit Mark Johnston's yard on Middleham Open day
David Carr
1 of 1
By David Carr 6:39PM, APR 17 2017

Ignore all those signs for Forbidden Corner - that was then, this is now.

The nearby tourist attraction might have been named after an old racing stable, with staff locked in to stop secrets escaping, when you would no more see a member of the public than you would an elephant.

But today Middleham throws its doors open and offers its warm welcome to a town where horses have been trained for more than 200 years – more than 500 if you count the renowned horse-breeding monks at Jervaulx Abbey.

So thousands descend for the annual open day, now switched to Easter Monday thanks to the counter-attraction of racing on Good Friday, and revived after skipping 2016.

Not that the official calendar need set hard and fast rules in a town with a more relaxed attitude than some.

Micky Hammond, trainer at Oakwood Stables since 1999, recalls: "Last year on the Good Friday quite a lot of people didn't realise it wasn't taking place. At times we had 40 or 50 people in the yard. Ben Haslam did the same.

"These people turn up every year and don't necessarily read the Racing Post, so we let them have a wander round.

"It's nice for racing to open its doors and give everyone a chance to pat their hero who might have won them some money." 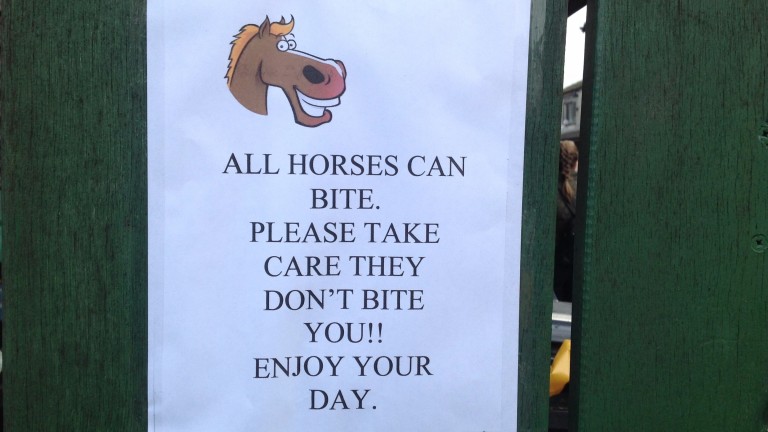 A word of warning at Micky Hammond's yard
David Carr

He has signs up warning horses can bite – "You do have the occasional horse who would rather have a nibble than a kiss, like humans!" he says. But admitting the public is not seen as a chore.

Karl Burke, based further out at Spigot Lodge, says: "It throws your routine out a bit, but it's worth it.

"We all take it for granted and you don't realise sometimes how unusual it is for people to get so close to racehorses."

Among those getting close is Leigh Measham, from Wakefield, accompanied by his son Freddie, seven, and a clutch of orange post-its with horse names gleaned from a string of stable visits.

He marvels: "People go racing and they don't understand the amount of work that goes into getting a horse to the track."

Matthew Backhouse, from Thirsk, is another satisfied customer and adds: "It's absolutely brilliant for £10. It's a real eye-opener to see the attention to detail every horse has."

His partner Megan Connors is impressed by the housekeeping chez Mark Johnston, and says: "I've worked in a non-racing yard and it's amazing how tidy this is by comparison."

But when you are of an age to have been married for 53 years, some things are more important than others.

"We've been coming for ten years and they're so welcoming," says Dave Perry, down from Teesside with his wife Maureen. "We used to walk up the hill from the car park but it's nice there's a bus now that picks us up." 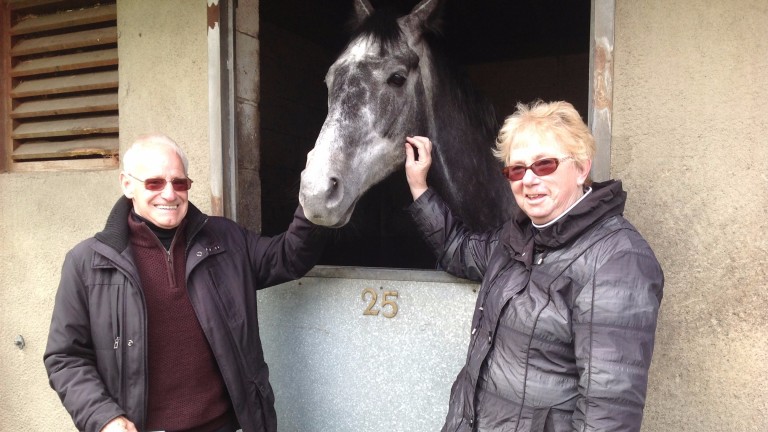 Haslam looks out from his yard in the shadow of Middleham Castle and reckons the crowd is "as big as we could have hoped for", while across the road Chris Fairhurst says: "I met a couple up from Lambourn, delighted that they can do both open days now.

"Our horses seem to enjoy it," he adds. "It's a change of routine and good experience for them when they go racing."

Ann Duffield is further out of town, hence her sideline in luxury lodges that have welcomed more than 10,000 visitors since 2013.

She says of the day: "We generally get an owner from it – we tend not to get tyre-kickers, they come because they want to see us."

But the prime beneficiary is Racing Welfare, the charity that supports the sport's entire workforce and has organised the day. 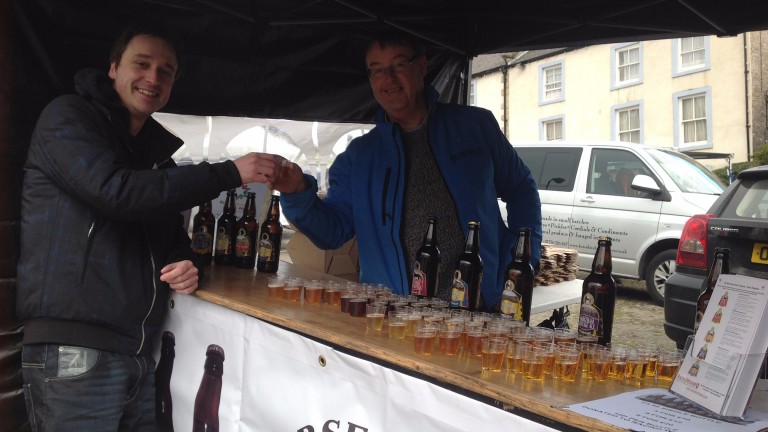 Among those doing their bit is Howard Kinder, father of amateur jockey Harry, who has swapped life as a senior manager at Tesco to work for Richard Fahey and found Horsetown Beer Company in Malton.

Five pence from every pint or bottle goes to Racing Welfare and he aims to raise £4,000 a year. We can all drink to that.