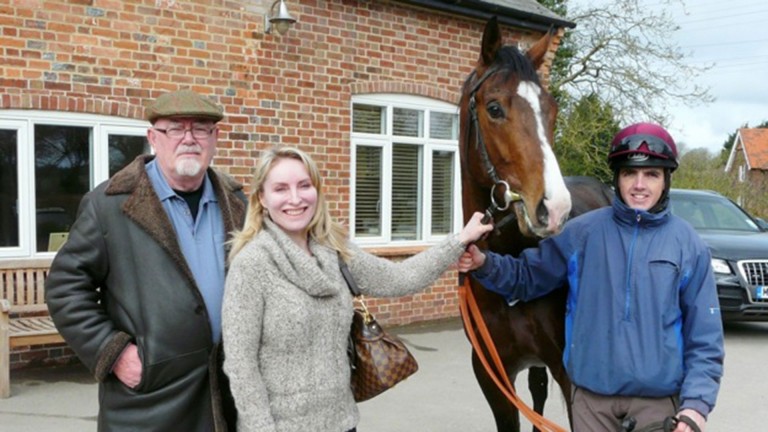 Mick Channon has paid a touching tribute to long-standing owner Eddie Aldridge, who died on Friday at the age of 77.

Aldridge bred and raced horses and won the 2005 Prix Morny with Silca's Sister before her sale to Godolphin.

Golden Silca, who landed the Mill Reef in 1998, and Silca's Gift, the Nell Gwyn winner six years later, were others he enjoyed memorable moments with.

"I've so much to look back on, namely the ridiculous number of talented horses that he bred and I trained for him," Channon said.

"All of them referenced his locksmith business and Eddie certainly opened doors for me as I was making my way in the game when I started out all those years ago.

"The number of black type successes we had together seems ridiculous with hindsight – Silca-Cisa, Golden Silca, Silca's Sister, Silca's Gift, Silca Chiave – and the names trip off the tongue. I probably trained nearly 40 of Eddie's horses in the last 30 years."

Channon, a former England international footballer, added: "He was some lad, was Eddie. Forthright, funny and he'd often make me laugh without intention. He was demanding and totally up-front. He loved winning and hated losing and he always made me aware of that.

"I probably took getting beat better than he did at times, which would highlight our sporting differences – Eddie was a big Arsenal fan whereas us Southampton supporters have to take the rough with the smooth a little more often.

"We go back a long way and we were introduced by David Elsworth when I was still playing football. I used to board Eddie's mares at my old stud in Southampton, so that'll tell you how long I'm talking about.

"I'll miss his funny stories, his grumpiness and his take on life which, just when you thought things couldn't seem more gloomy, he’d end with a chuckle and a wry smile.

"My thoughts go out to his wife Carmel, who has been such a rock through his long illness, his daughter Debbie, and his family and friends. I was a very lucky man to have met him."

FIRST PUBLISHED 10:06AM, JAN 8 2020
I used to board Eddie's mares at my old stud in Southampton, so that'll tell you how long I'm talking about