Mick Appleby: 'It's very sad - Big Country was a great servant to the yard' 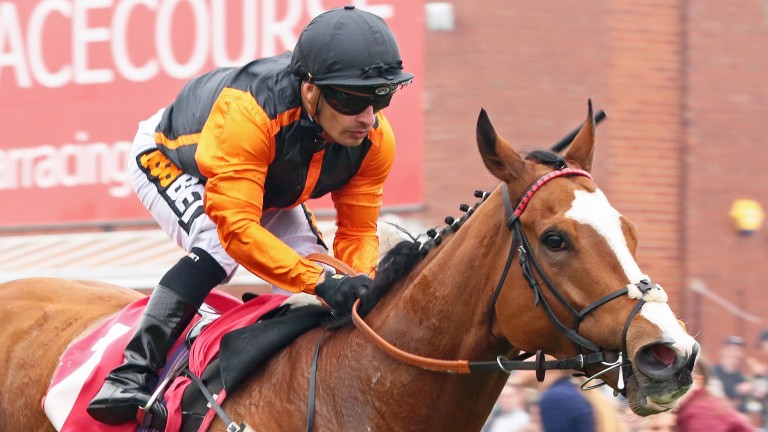 Mick Appleby paid tribute to his 'great servant' Big Country after the seven-year-old died in an incident at Wolverhampton on Saturday.

A winner of seven of his 40 starts, The Horse Watchers-owned star was fatally injured rounding the bend in the 1m1½f handicap causing him to veer left, bumping into the Jimmy Quinn-ridden Daheer and sending them both crashing through the rails.

Quinn was taken to hospital with suspected broken ribs, although Daheer and Big Country's jockey Luke Morris were both unscathed.

"We're all absolutely gutted at what’s happened," Appleby said. "It's very sad for the owners and he's been a great servant to the yard. Once he was in front he was such a tough horse."

Big Country, who was rated 109 at his peak, had his finest days in the summer of 2018 when he won the Zetland Gold Cup at Redcar and the Listed Pomfret Stakes at Pontefract, both under Silvestre de Sousa.

Heartbroken that Big Country lost his life at Wolverhampton. Hard to express quite how I feel right now & the other owners will be the same. Condolences to all @MickApplebyUK & thanks for the memories BC, sleep well my friend, you’ll be in my heart forever #RIP

The son of High Chaparral had been sold and switched to Jamie Osborne's yard last year before returning to Appleby in the autumn, and won for the first time in over two years at Chelmsford a fortnight ago.

Appleby added: "We were delighted to get him back and we won with him last time out. He was in great form and we expected him to win again today. It's very sad for everyone in the yard."

The Simon and Ed Crisford-trained Make It Rain, ridden by Jack Mitchell, continued his excellent all-weather form to win the race by half a length from Born To Be Alive.

FIRST PUBLISHED 4:20PM, DEC 26 2020
He was in great form and we expected him to win again today. It's very sad for everyone in the yard

Could Atalis Bay be the latest sprinter to take the Scurry en route to stardom? Can three-time winner Caspian Prince rule supreme in the Dash? The City's Phantom out to keep up four-year-old domination in tricky handicap Manic Monday for punters as 100-1 and 200-1 shots win five minutes apart