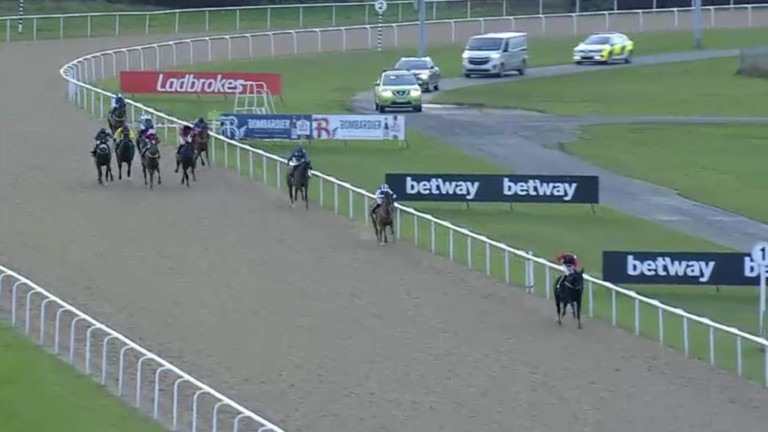 The beaten apprentices at Wolverhampton committed a "schoolboy error" in allowing Wanaasah too much freedom and failing to react fast enough, according to Derby-winning rider-turned-jockey coach Michael Hills, who praised jockey Dylan Hogan for an "absolutely blinding ride".

Wanaasah and Hogan made all in the 2m½f handicap to score by a wide margin, prompting the on-course stewards to hold a lengthy inquiry into the running and riding of the beaten horses, noting the explanations of the nine riders.

However, on Thursday, Hills was of the view that Hogan, one of the riders he coaches, had produced a sublime piece of riding while the other jockeys had simply failed to spot and react adequately to what was unfolding in front of them.

Hills said: “Initially I was watching the race and thought ‘Dylan you’ve gone off a bit quick here’ and had that horrible thought he might have misjudged the race and would ride the finish a circuit too soon. After he’d gone past the winning post on the bridle I could see he had the race under control and the rest of them have just given him too much leeway.

“I texted him after the race that I’d got up and started shouting about three out and then I was up on the kitchen table shouting ‘go on my son’. At the end I put ‘ride of the month, if not the year!’

“It was an absolutely blinding ride from him and a bad ride from the other jockeys. They’re apprentices for a reason and it all comes from a lack of experience. They got it wrong but it happens; it’s happened before and it’ll happen again.” 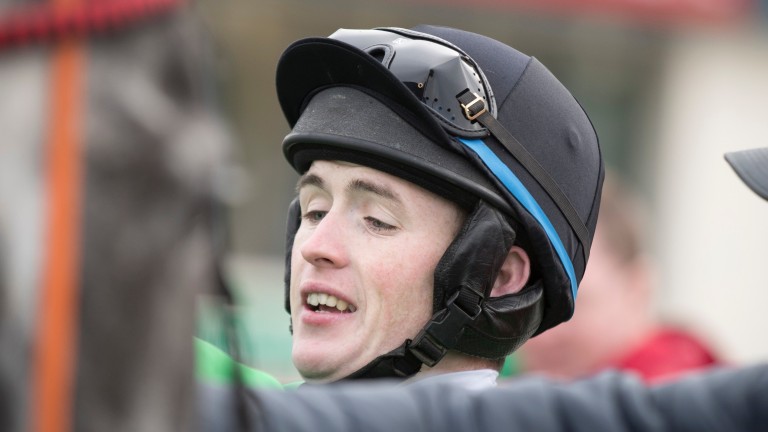 Hills rode more than 2,000 winners including the Derby on Shaamit before retiring in 2012 and has been part of the BHA’s jockey-coaching scheme since 2015. He expects the beaten riders to be wiser to the pace and dynamics of similar races in the future.

He said: “It comes from experience but ultimately it’s a schoolboy error from these riders and their brains should have told them that you can’t give a horse 20 lengths like that and beat them. Down the back straight they didn’t react and gave him too much rope.”

Trained by David Loughnane, Wanaasah was repeating the tactics employed when winning by eight lengths at the same course last year, and winning owner Kulbir Sohi was full of praise for the winning rider and horse.

“It was a superb ride,” he said. “We felt we’d be left alone and David did relay to me before the race that he’d told the jockey he may end up looking like a fool but not to worry because we know what we’re doing. She needs to win her races at the start.

“After the first furlong I was thinking ‘he’s carrying this out to perfection and it’s a thing of beauty’ and I was able to enjoy the race almost from that moment. No small credit has to go to the horse herself, not every horse can maintain a certain level of speed for two miles.”

In a post-race inquiry the beaten riders indicated they considered the early pace to be very quick and unsustainable, with their explanations noted and the race passed on to the BHA for further scrutiny.

A spokesman insisted this was normal practice and not a suggestion something untoward had taken place. They added: “Following the inquiry it was felt that more evidence would be useful in assessing the situation as a whole. As such, our integrity team were asked to review the sectional times for the race.

“Asking for further information such as this is a routine part of the BHA’s regulatory function and happens frequently. It is designed to ensure we have as much information to hand as possible when making further decisions and is not necessarily an indication of wrongdoing or that any further action is going to be taken.”