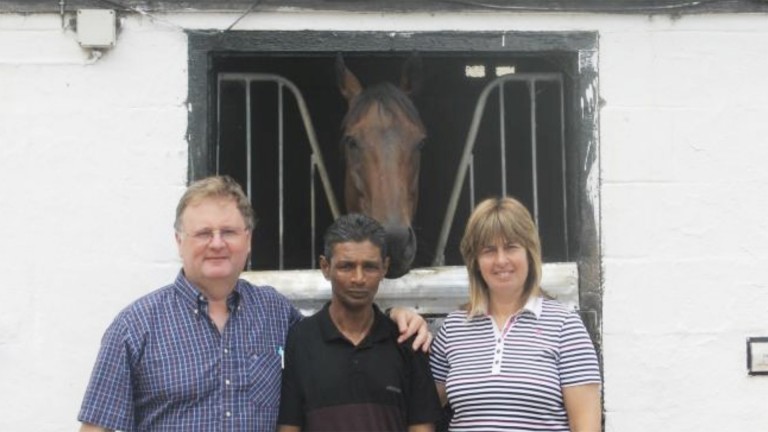 Michael Dods has been left without one of his long-serving senior members of staff after Carim Mohideen had to return to his native India due to immigration problems.

Mohideen, 55, affectionately known as 'Frankie' in the Dods yard, had worked for the trainer for a decade, but his time in Britain came to an end last week due to an inability to pass the Life in the UK test, which is one of the requirements to obtain British citizenship.

Explaining the situation, Dods said on Monday: "It has been going on for a long time, around a year, and we've done everything we could. The problem is he has been here for ten years and we used to renew his work permit every three years but you can only do that so many times.

"Although he totally understands when you speak to him, and you would be able to understand him, he just couldn't pass the test. He took it about 16 times and there's no loophole so we did everything we could and he's had to go back."

What is the Life in the UK test?

It is an official government test that must be passed as part of an application for British citizenship or to settle in the UK. The test lasts for 45 minutes and consists of 24 questions about British traditions and customs. To pass you must score 75 per cent or higher. The test costs £50.

Mohideen was a successful jockey in India, riding over 600 winners, before joining Dods and his loss will leave a big hole in the Dods yard.

"He was one of our top members of staff," added Dods. "Rules are rules and we fully understand that but you would have thought there would be mitigating circumstances for someone who has been here ten years. He's part of the family.

"It's crazy with staffing levels as they are in the industry that a top lad has been sent home. He paid all his taxes and national insurance and never had a day off ill. It's so disappointing."

Arnold said: "Racing grooms are skilled workers and Carim Mohideen’s case shows why the current immigration rules need changing to allow businesses to recruit skilled staff that are in short supply in the UK.

"The NTF and TBA provided evidence to the migration advisory committee in January and are engaging with the government in relation to the forthcoming review of the shortage occupation list."

Check if you would pass the Life in the UK test

A Home Office spokesperson said: "All immigration applications are considered on their individual merits and on the basis of the evidence available.

"Knowledge and understanding of British values is vital for those who wish to make the UK their home."

FIRST PUBLISHED 12:03PM, JUL 22 2019
You would have thought there would be mitigating circumstances for someone who has been here ten years. He's part of the family