Michael Bell celebrates 2,686-1 five-timer - and it was so nearly six to savour 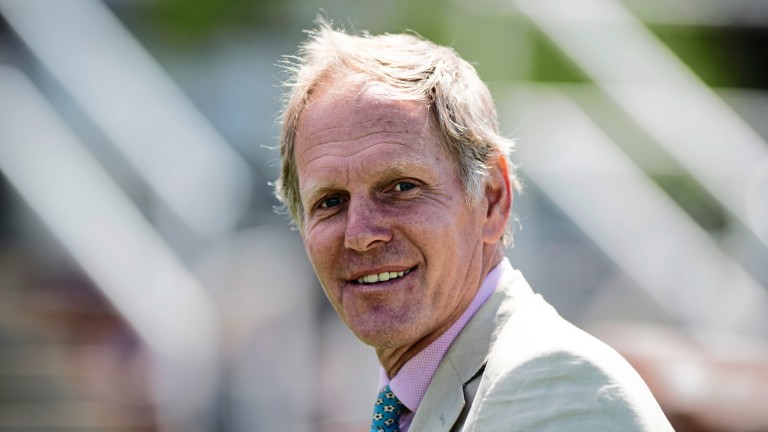 Michael Bell achieved a remarkable first on Monday when saddling five winners across the two evening cards at Leicester and Windsor – but he was still ruing the one that got away at Redcar in the afternoon.

Bell said: "We've never had five winners in one day before and it was good arrows as we only had six runners and the other one, Thomas Cubitt, got done a head at Redcar which I'm annoyed about!"

The Newmarket trainer had never enjoyed four winners on the same card like he did at Leicester, a spree kicked off when the Queen's horse Regular won the opening 7f maiden under Jason Watson at odds of 5-2.

The Leicester haul continued with Geetanjali (9-4) in the 1m2f handicap and Bushtucker Trial (4-1) in the 5f novice, both partnered by Hayley Turner, before Watson won the finale on 5-4 favourite Babbo's Boy.

Just prior to that, Cameron Noble won the closing mile maiden fillies' stakes at Windsor on 20-1 chance Bighearted, with the five-timer paying £2,687.34 to a £1 stake.

He added: "It was a very special day but I couldn't have done it without the help of the staff and it was a big team effort from all at Fitzroy House.

"We'll have to call them the famous five, I think I'm right in thinking we've had four winners in a day before but never four on the same card.

"What made it extra special was all five were for different owners so the joy was shared around."

FIRST PUBLISHED 2:44PM, MAY 21 2019
What made it extra special was all five were for different owners so the joy was shared around