Meyler hoping to cap great season on The Storyteller 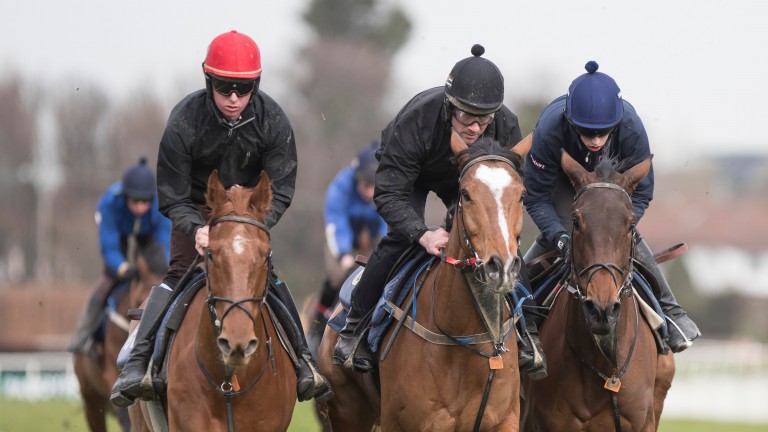 The Storyteller has been the buzz horse on the Cheltenham preview night circuit in Ireland and 21-year-old Donagh Meyler hopes to cap a great season by giving punters the result they crave in the Martin Pipe Conditional Jockeys' Handicap Hurdle next Friday.

Meyler has already won the Galway Plate and Munster National on Lord Scoundrel and Tiger Roll, both trained by Gordon Elliott, and when the trainer was looking for a suitable rider for The Storyteller - just 4-1 with most firms - he had no hesitiation in plumping for Meyler.

"It a dream come true to be riding a favourite at the Cheltenham Festival," said Meyler.

"I sat on him at Leopardstown on Sunday and he did a nice piece of work. I went down to Gordon's on Thursday to sit on him again and he looks and feels great. Gordon seems very happy with him and he looks the one to beat."

Meyler added: "It's been a fantastic season and if I could top it off on The Storyteller it would be unbelievable. I've had only one ride at the festival before - I was sixth in the Martin Pipe on Urano - and can't wait to have another."

Meyler has also been booked by Karl Thornton for Wakea, a 25-1 shot for the Randox Health County Hurdle.

"Wakea is ground dependent but if he does get some nice ground he goes there with a definite chance," added Meyler.

"He has had some jumping problems in the past but he has been over to Yogi Breisner's for some help on that front and it seems to have made a big difference. He has got plenty of ability."

FIRST PUBLISHED 2:38PM, MAR 9 2017
It a dream come true to be riding a favourite at the Cheltenham Festival