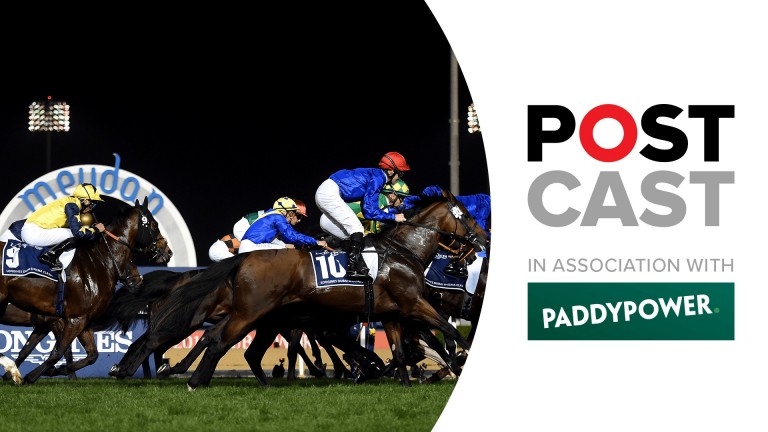 On the show:
- In a special edition of the show, Maddy Playle is joined by Racing Post's Meydan experts Ron Wood and Nick Driver for a look at the Dubai World Cup card that sees the world's top horses compete for big prize money.

- Melbourne Cup winner Cross Counter catches the eye in the Dubai World Cup, but the team think he has plenty to do.

- Meanwhile, Almond Eye arrives with a big reputation, but there are enough doubts to make our tipsters oppose the short price.

- The showpiece Dubai World Cup sees Thunder Snow and Christophe Soumillon look to reclaim the trophy, but in a tactical looking race there are plenty of other runners that look exciting.