King worried about 8lb penalty as Messire goes for four-timer 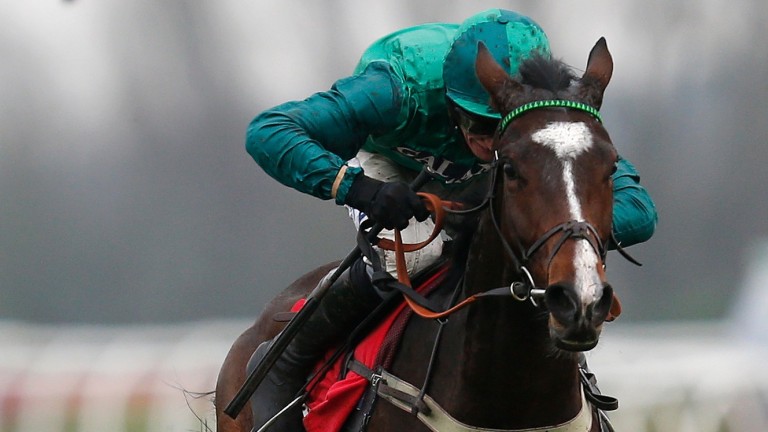 Messire Des Obeaux has to concede 8lb to all five rivals following victories in Grade 1 and 2 company this season, but looks likely to start a warm order nonetheless.

His trainer has made no secret of the fact he regards him as a chaser of the future, but his prowess over hurdles ensures plenty of punters will side with him again this time.

He is being aimed at the Neptune Hurdle at Cheltenham next month, for which he is generally quoted at 10-1.

Warren Greatrex, successful in this £30,000 race 12 months ago with Ma Du Fou, bids for back-to-back wins with Keeper Hill, a fluent scorer at Hereford last month.

Alan King, trainer of Messire Des Obeaux
He is three from three this season and has enjoyed a nice break since winning the Challow at Newbury six weeks ago, but this will be a tough ask as he has an 8lb penalty. However, he’s in great form and learning all the time.

Harry Fry, trainer of Bags Groove
This has been the plan since he won at Taunton early last month. A more strongly-run race will suit him. He's entered in the Neptune but will have to go extremely well for us to seriously consider it.

Gary Moore, trainer of Benatar
I like him a lot. It’s a strong race but we need to see how good he is. My only concern is he'd like the ground a bit softer. Hopefully we’ll know more about where we’re going after the race. I hope he’s a nice horse.

Brendan Powell, trainer of Finula
We may be aiming a bit high, but he did nothing wrong first time out and definitely wants this longer trip. He’s a horse with a future and the ground isn’t a worry. He does everything nicely at home and will jump fences one day. It’s a very hot renewal, but Huntingdon is his owner Pat Betts’s favourite track and we’re looking forward to running him.

Warren Greatrex, trainer of Keeper Hill
He’s progressing nicely. It’s a very good race but will be a good learning curve for him. He’s in a few races at Cheltenham and this will tell us a lot about where to go. It’s a proper race.

Dan Skelton, trainer of Tommy Rapper
He’s a maiden but has good form with Willoughby Court. The plan is to run in races like this for the rest of the season. If he wins one we’ll be delighted, and if he doesn’t it preserves his novice status for next year.

FIRST PUBLISHED 6:00PM, FEB 8 2017
He's enjoyed a nice break since winning the Challow at Newbury six weeks ago, but this will be a tough ask as he has an 8lb penalty