Talk of the Tracks FAKENHAM 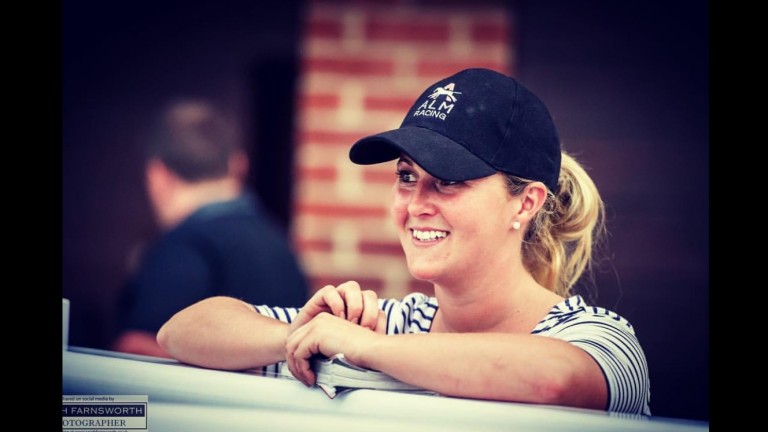 Former Luca Cumani assistant Amy Murphy saddled her first winner in the contrasting surroundings of the jumping world when Mercian King landed the finale at the Norfolk circuit.

It may have been gathering gloom in the winners' enclosure but the Newmarket-based 24-year-old was a ray of sunshine after getting off the board at the sixth attempt.

As well as being the understudy to HQ giant Cumani, Murphy also assisted Gai Waterhouse and Tom Dascombe before branching out on her own in September.

Based across town from her latest mentor on the Hamilton Road, Murphy is well placed to take advantage of a future £10 Million gallop planned for that part of Headquarters.

She said: "It's brilliant to train my first winner and we were hopeful today as Mercian King had run so well here last time."

Although she had got off the mark over Jumps, Murphy is very much a dual-purpose operation. She added: "I have 17 in at the moment of which nine are jumpers. Full marks to the Jockey Club who maintain the schooling grounds so well in Newmarket and also to Graham Watters who gave him a lovely ride."

It was doubles all round and not just in the IPA Long Bar at the Norfolk track where Noel Fehily and Neil Mulholland experienced the ups and downs of racing in the space of a few hours.

After losing promising chasing prospect Shaky Gift with a pelvic injury in the mares' race, Lift The Lid gave the combination a lift in more ways than one when landing a gamble in the 2m novices' handicap hurdle.

The latter, who was backed from 4-1 into 11-4 joint favourite at the off, was certainly fancied as his part-owner John MacDougall had driven eight hours to get to the track.

He said: "I've come over from Northern Ireland and you could say it was a long trip as I think I had about three passport checks to get here. It was worth it in the end."

Fehily had another straightforward task on stablemate Prettylittlething who landed the double in style at odds of 5-6 in the mares' handicap hurdle.

Fehily said: "She liked going back over hurdles and jumped well on the whole. Better ground may suit her."

Heskin is a man in form

Adrian Heskin was making his first ever visit to the track but you wouldn't have known it and gave a polished display to get Final Nudge home in the featured beginners' chase.

The fencing assignment was also a first for the winner with David Dennis's useful hurdler just holding the late surge of Join The Clan by a neck.

The winning jockey, who is attached to Tom George, said: "That's my first outside winner and thanks to Mr Dennis for the opportunity."

Thought For The Day

The finish to the opening selling hurdle was an all-Welsh affair which was an advertisement for travelling horses overnight to the North Norfolk track. The winner had made the 252 miles from Bridgend the night before and looked a fresh horse today.

FIRST PUBLISHED 6:19PM, NOV 15 2016
It's brilliant to train my first winner and we were hopeful today as Mercian King had run so well here last time