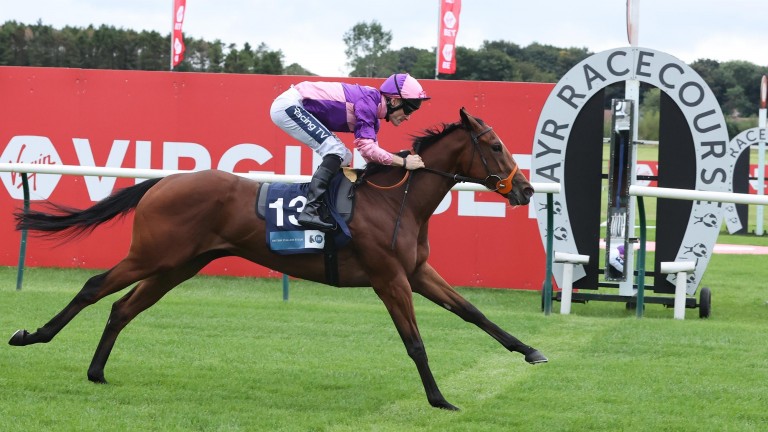 Paul Mulrennan returned to his roots as the maiden Vertiginous landed a gamble for Brian Meehan in a Listed race that has a habit of throwing up champions.

The Group 1-winning jockey made it a memorable afternoon by following up on Call Me Ginger, who led home a one-two for Jim Goldie in the Virgin Bet Ayr Bronze Cup.

Though Vertiginous was winless before the British EBF Stallions Harry Rosebery Stakes, she had finished fifth in the Queen Mary Stakes and fourth in the Lowther previously.

Her supporters had not lost faith despite a defeat at 1-3 in novice company at Haydock earlier this month and the filly was backed from 12-1 in to 17-2 for the 5f event, which has gone to future Group 1 winner Garswood, Quiet Reflection and Winter Power in the past nine years.

Their confidence was justified as the two-year-old scored impressively by two lengths from Mitbaahy and broke the track record for juveniles in the process.

Mulrennan said: "It's great to have a good winner for Brian because I started out at Brian's when I was 15 and left school. He gave me my first ever ride on a horse called Susan's Pride.

"Brian said that she was the highest-rated maiden in the country. She's got a lot of natural speed, she hit the gates well and I didn't even have to give her a backhander. I hope she'll go on to make into a smart filly – she's not even blowing afterwards."

Sam Sangster, bloodstock manager to owner Giles Morland, said: "We came here full of confidence. I think the owners got some of the 12-1!

"Vertiginous is very good. As Paul said, next year is going to be her year, she's got a lot of filling out to do. She's got a lot of boot and the Cornwallis Stakes could be the right race for her. That's the plan."

Call me a winner

Call Me Ginger completed a hat-trick in the Bronze Cup, scoring by half a length from stablemate Be Proud with the Iain Jardine-trained Never Dark in fourth to give Scotland three of the first four places.

Goldie bred the winner, who is by his smart sprinter Orientor, and the trainer said: "This is what he was bred for, he is out of a sister to Geojimali who won the Silver Cup. I'm a wee bit emotional because Jack Dexter won this too. 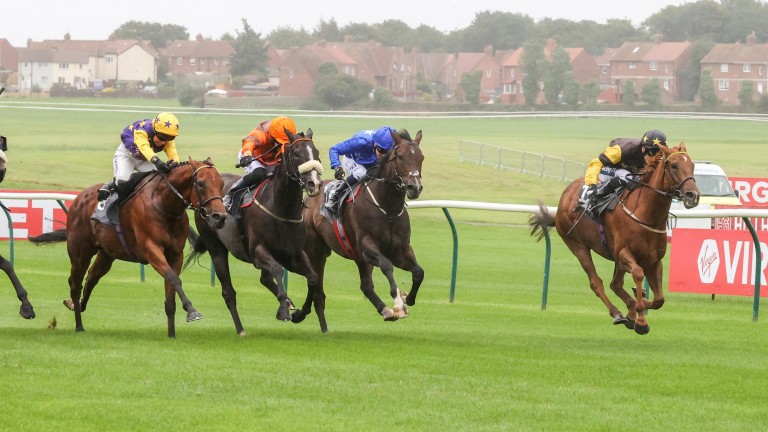 "We had problems with him, his first and second runs were very good and two years ago he won his maiden.

"We've got a new physio and a new vet helping out – and maybe the trainer's getting better as well! We're having a good season."

'I may have cocked up'

Karl Burke held his hands up after Dandalla showed that speed is her thing and scored a belated first win of 2021 in the Listed Arran Scottish Sprint EBF Fillies' Stakes.

"I think I may have cocked the whole season up," the trainer said. "We started off in a seven-furlong race at Newbury, I was convinced she would stretch to at least seven.

"In my defence, as she's got stronger through the year she's got quicker. Jamie Spencer rode her at Pontefract and said drop her back to five – it didn't quite work for her at Beverley but five and a half furlongs here was absolutely perfect. She'd been working very well." 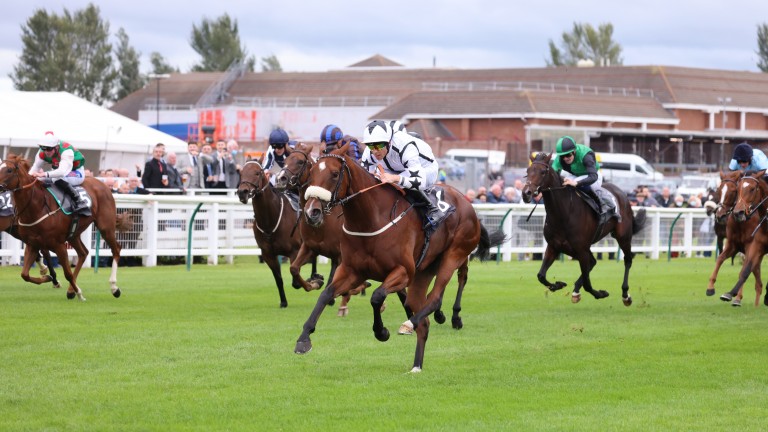 The filly, who won the Albany Stakes and Duchess Of Cambridge over 6f as a juvenile, may now step back up to Group 1 company at Longchamp next month.

Burke added: "She's in the Prix de l'Abbaye and that's a possibility, then she's got a date at the Tattersalls December Mares Sale."

FIRST PUBLISHED 6:30PM, SEP 17 2021
It's great to have a good winner for Brian because I started out at Brian's when I was 15 and left school. He gave me my first ever ride.