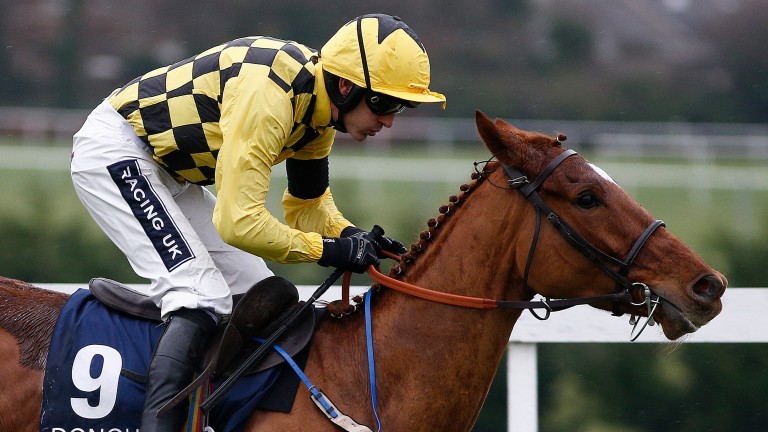 Melon grabbed himself a big slice of the ante-post market for the Supreme Novices' with a ten-length success in the maiden hurdle
Alan Crowhurst
1 of 1
By David Jennings 6:27PM, JAN 30 2017

Everybody wants a slice of Melon. Alan Reilly, BoyleSports head of racing, believes Sunday's impressive Leopardstown winner might go off at 2-1 or shorter in the Supreme Novices' Hurdle; Paddy Power report some lucky punters got on at 33-1 last April, while Ladbrokes say their liabilities are now almost into six-figure territory.

Cheltenham had been the plan for Melon long before he made a winning Irish debut by ten lengths in a 2m maiden hurdle at Leopardstown on Sunday, and he was instantly hoisted to the top of the Supreme market after the smooth success.

The support continued on Monday morning, forcing Paddy Power to cut him again into 4-1 (from 5). He is also 4-1 with Ladbrokes, while BoyleSports are slightly bigger at 9-2.

"Our liability on Melon is now pushing six figures. He was well backed all of last week, going from 14-1 into 10-1, and was well backed on Sunday morning at 10s as well, so there was certainly expectations that the price would be slashed after his Leopardstown run," said Hayley O'Connor, PR manager with Ladbrokes.

BoyleSports say the Supreme is a one-horse book with them. "Melon is now 9-2 with us and we have a completely one-horse book," Reilly said. "This will get worse as we approach the festival and liabilities will be well into six figures. It's not inconceivable he could be 2-1 or shorter on the day."

Melon is Paddy Power's worst loser in the Supreme as well, although spokesman Paul Binfield says his starting price will depend on whether Charli Parcs misses the Triumph for the festival opener.

Binfield said: "Our ante-post liability on Melon is enough to squeeze us well into six figures and he's easily our worst loser in the race. The biggest price taken was 33-1 in April last year so some shrewdies are sitting on a nice voucher.

"His starting price depends on whether Charli Parcs impresses at Musselburgh on Saturday and then JP [McManus] wanting to keep him and Defi Du Seuil apart. The former looks very good and if he lined up Melon would probably go off at around 3-1."

FIRST PUBLISHED 4:29PM, JAN 30 2017
He's easily our worst loser in the race. The biggest price taken was 33-1 in April last year so some shrewdies are sitting on a nice voucher