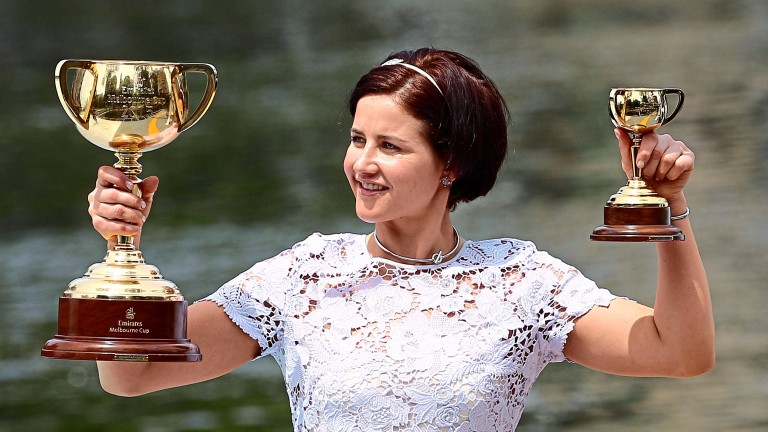 Michelle Payne will learn this week whether she can ride for her brother Patrick this weekend at Rosehill, with the Melbourne Cup-winning jockey only recognised in her new role as a trainer by the New South Wales racing authority.

Payne created another slice of history on Sunday as she became the first dual licence holder to win a race at Swan Hill on Sunday.

She rode Duke Of Nottingham, who she also trains, to victory. But while she is recognised as a dual licence holder by Racing Victoria, the same rule does not apply in New South Wales where she is only considered a trainer.

The ride Payne could miss out on is a significant one, as her brother's Husson Eagle is set to run in the Starlight Stakes at Rosehill on Saturday, before attempting to defend his Magic Millions Sprint crown at Gold Coast.

She said: "It's something that I obviously hope we can resolve. It just seems to be a bit crazy to me because there is no real reason they have given us why I can't ride there.

Racing NSW authorities will meet this week to decide whether to allow Payne to ride, and she added: "By the sound of things, they just want to go against Victoria. It sounds crazy. I've had so many rides there in the past."