Meet the man behind the microphone who cheated death

David Jennings talks to Matt Hill, the new commentator for the big race 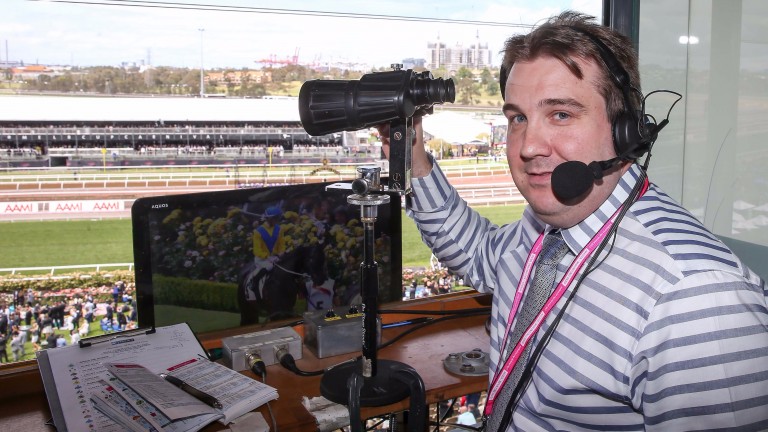 Back in 1923 while giving a speech to the Royal College of Surgeons in London, Rudyard Kipling famously said: "Words are, of course, the most powerful drug used by mankind." If that is the case, Matt Hill injected us with morphine at Moonee Valley last Saturday week.

The 36-year-old has taken over from Greg Miles as the main race caller in Australia and will make his debut in front of the most powerful microphone in the world of racing on Tuesday. But, before that main course at Flemington, he tucked into an amazing appetiser that left the sweetest of tastes in our mouths.

"It was the hardest race I've ever done," admits Hill when the topic of Winx's Cox Plate triumph pops up.

"I was aware that people were expecting something special. I lost count of the amount of people who texted me, telling me to say this and telling me to say that. It was incessant for months. Sportsbet were even betting on what I'd say. Racing.com ran a competition on the phrase I'd use. Everybody seemed to be talking about it."

"The only way I could describe those two minutes is to compare it to my first-ever experience in the bedroom," Hills continues. "My head was spinning for an hour after it. It went by so quick. I felt like I'd just flown through everything.

"I was like, 'What on earth has happened for the last two minutes?' I had no idea what I'd said. It was a complete blur."

Good news, Matt, you did good. Real good. He was lucky to be in the commentary box at all after a brush with death nine years ago – of which more later – but the good fortune seemed all ours as he painted a vivid picture of a defining moment in racing.

Hill had set the scene perfectly and he finished the job in style. Just like Winx did.

"The great mare completes the great trilogy of the turf. Winx has won the Cox Plate by a half-length."

Hill has spent his life longing to be in the commentary box on the big occasions.

"It feels like I've been doing this forever," he admits. "I started practising with Greg Miles when I was 15. I called the greyhound races at Langlang, where you had to stand on top of a water tank on top of a cafeteria to call them.

"You have to do all that stuff to get going. Your hardest gig is your first one as you have no experience on your CV and you have to go out and prove yourself." 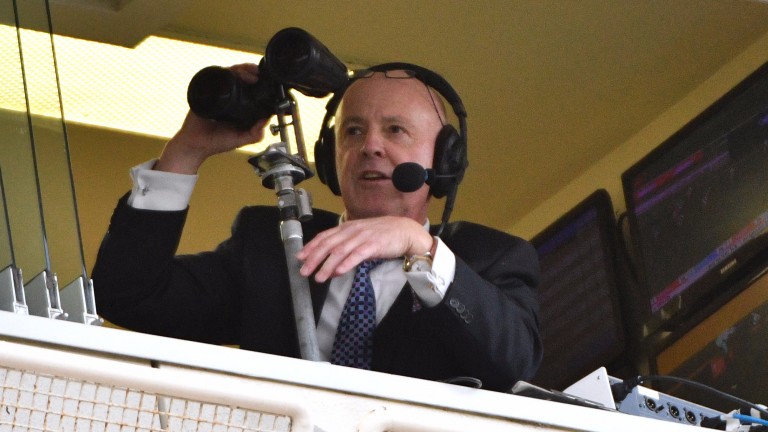 Prove himself he did and Hill has now made it to the top of the race-calling tree in his native Australia, the land widely believed to be the most potent producer of top-class commentators. He is following in the footsteps of some very familiar voices.

"There's a lot of Greg [Miles] in me," he says. "There is probably half of me that is a bit of Greg but I'm a younger version of him. I try to use my own style as well.

"There's a lot of Jim McGrath in me too. I loved the 'Crock'. I idolised him. He oozed class. He had the best voice I ever heard. The way he called a race was very classy. I just loved listening to him."

Australians would have heard Hill at the last four Olympics too, and it was at one of those games when he faced the toughest challenge of all. It was Beijing in 2008.

It was not on the track, in the swimming pool or in the boxing ring, it was in a Hong Kong hospital where he spent weeks fighting for his life – and almost lost.

Hill contracted Melioidosis, an infectious disease caused by a type of bacteria found in soil and water.

"It has a 90 per cent death rate," he says without the slightest tingle in his throat.

"I got double pneumonia and everything was shutting down. I was only 27. They airlifted me to Hong Kong. It wasn't looking good. I was in a coma for four or five days.

"It's quite ironic – all I ever wanted to do as a kid was to commentate on the Olympic Games and here I was almost dying while living my dream.

"I was working for Sydney Radio at the Beijing Olympics. I felt like I'd been hit by a bus. I'm a pretty enthusiastic fella most of the time and for me to be like that was completely out of character. It got progressively worse and I collapsed in the studio and ended up in hospital.

"Fortunately I pulled through. My attitude towards everything has changed since. We're here for a short time and it made me more determined."

That determination has parachuted Hill to many commentary boxes all over the world. He has been in the one at Aintree to help call the Grand National and he will be there again next April, this time to lead the call on BBC Radio 5 Live.

"I'm already looking forward to it and I'd actually put commentating at the Grand National ahead of the Olympics to be perfectly honest."

But the Melbourne Cup tops the lot and on Tuesday Hill will stand in the Flemington commentary box and put the race that stops Australia for a day into words. Millions will be listening.

"Australian callers are known as the best in the world, so to get to commentate on the Melbourne Cup, the biggest race in Australia, is incredible," says Hill. "It's all anyone can talk about. People are off work to watch it.

"When the gates open in the Melbourne Cup it's no different to a maiden at Ballarat. You're doing the same thing. It is 24 horses and you call it as you see it.

"On Melbourne Cup day there are seven races before the Cup. It's a long day but I prefer to do all the races because you get into a rhythm. At Moonee Valley, the Cox Plate was the eighth race. After race seven I wondered what was next and it was the Cox Plate. You get into a routine.

That won't happen. It might be Hill's first Melbourne Cup but it won't be his last. This voice is here to stay.

FIRST PUBLISHED 6:00PM, NOV 5 2017
To get to commentate on the Melbourne Cup, the biggest race in Australia, is incredible. It's all anyone can talk about