TODAY'S OFFERS
TODAY'S BOOKMAKER OFFERS
Exclusive to new customers:
Media rights WHAT DOES IT ALL MEAN?

Questions and answers about RUK poaching Irish racing from ATR 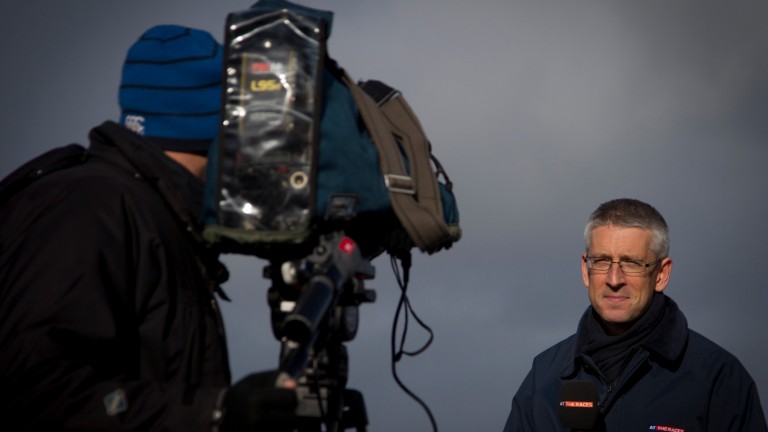 Gary O'Brien will not be broadcasting from Irish tracks for At The Races in 2019 with the channel set to lose its contract to cover the country's meetings
Patrick McCann
1 of 1
By Lee Mottershead UPDATED 6:30PM, FEB 2 2018

After Friday's shock announcement that the daily broadcasting of Irish racing would switch from At The Races to Racing UK in 2019, here's everything you need to know.

Where will I be able to watch Irish racing?
Subject to the deal being ratified on Tuesday, Racing UK will become the home of Irish racing from January 1, 2019, taking over from At The Races, which has broadcast the fixtures since launching in 2004. Mainstream coverage in Ireland will continue on RTE, whose own new three-year deal was announced on Friday.

Why has there been a change?
Ireland's 'direct-to-home' rights are owned by SIS. Until now the production company has worked with ATR on the Irish contract, but from 2019 it is switching sides and teaming up with RUK. This comes in the same week it was revealed RUK's parent company Racecourse Media Group is ending its joint-venture with ATR distributing British and Irish racing to overseas betting operators, having instead struck a new deal with SIS.

Where will RUK put the Irish racing?
That's one of the big questions that has been asked by viewers since the news was announced. The most obvious outcome is Irish meetings will sit alongside RUK's British content on the same channel, with a separate Irish channel probably unlikely. At the start of 2018 RUK was scheduled to televise 803 British meetings, with ATR having 705, plus all the Irish cards on top of those. Until last year ATR also broadcast racing from Leicester, Stratford and Taunton, which may make RUK think incorporating Ireland into Sky channel 432 is far from impossible. 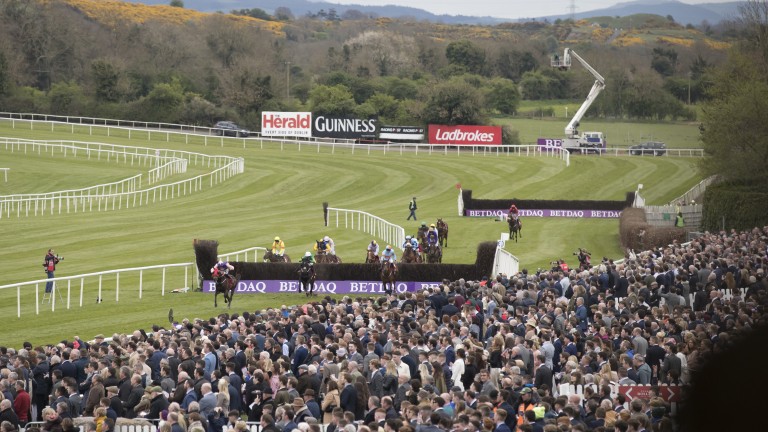 The Punchestown Festival will move to RUK in 2019
Patrick McCann (racingpost.com/photos)

If that happens, surely Irish racing will get lost?
It is certainly hard to escape the feeling that the Saturday of the Dublin Racing Festival will seem rather squeezed in 2019, when having to fit into a schedule that will also incorporate strong cards at Sandown, Musselburgh and Wetherby. RUK might, though, point out that on Sundays, when most of Ireland's major racedays are staged, the country will almost always be the number-one attraction. In addition, some of RUK's existing blank days will become occupied.

Will Irish racing become more expensive to watch?
Very probably. ATR is not a free channel, in that those wanting to watch need the appropriate Sky or Virgin Media package. However, access to RUK demands more of an outlay and costs £298 per year.

Does this mean the TV audience for racing in Ireland will fall?
RUK does not publish ratings but has 50,000 subscribers. It is also available in 6,000 pubs across Britain and Ireland. On recent Sundays, when Ireland has presented the most interesting racing, ATR's average audience has ranged between around 40,000 and 50,000 viewers.

How serious a blow is this to ATR?
Huge. Its content, judged by quality and quantity, is being smashed. Some deploy the words, "all the rubbish", as a way of deriding ATR's portfolio relative to that of RUK. That is partly unfair, given the channel has exclusive rights to the St Leger, plus a number of strong British jumps races. Internationally, it has held an iron grip on the Breeders' Cup Classic and Melbourne Cup, while it also shares France's top prizes with its opponent. However, after Ascot jumped ship to RUK in 2014, Ireland's showpieces have formed the jewels in ATR's crown. From 2019 they are destined to join the exodus to RUK. ATR will be keen to steal back tracks from RUK – Ascot this week put its future rights out to tender, while at least two British racecourses are thought to be contemplating joining ATR – not least because plans are being made for it to become Sky Sports Racing. However, whereas Sky boasts premium content for its other dedicated sports channels, it would be hard to argue the same will be true with racing.

Who will be the faces of RUK's Irish output?
Gary O'Brien, ATR's lead presenter, does an excellent job and must surely be hot favourite to assume a similar role for RUK. Other members of ATR's Irish talent team will also be in line to move home, while RUK is bound to call on the services of its ambassador Ruby Walsh even more.

Will Racing UK change its name?
With Ireland coming on board, it certainly wouldn't be a shock of monumental proportions.