Meade out to maintain winning habit with Monksland 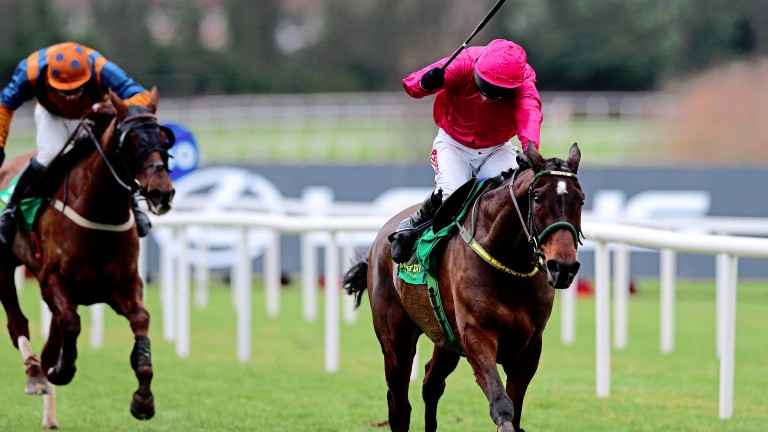 Monksland will be out to book his place in the Hennessy Gold Cup line-up when he bids to give trainer Noel Meade a fourth Clonmel Oil Chase win in ten years in this Grade 2 event, which is the course's biggest prize of the year.

Past winners of the race include Dorans Pride, who won four consecutive runnings (1997-2000), Imperial Call, Beef Or Salmon, Edredon Bleu, War Of Attrition and Sizing Europe. Meade, who was successful with Sir Oj in 2006 and Watson Lake in 2009, also landed the event with Road To Riches 12 months ago.

Monksland, who receives weight from his six rivals, is on a recovery mission having fallen in the JNwine.com Champion Chase at Down Royal on his most recent start, and Meade said yesterday: "Monksland's in good form. We've schooled him a couple of times since his fall at Down Royal and he was brilliant.

"We decided to let him take his chance with the Hennessy in mind as it wouldn't be a great idea to send him to Newbury on the back of a fall. We'll see how things go and decide later whether he travels."

Gordon Elliott, who has yet to win the race, is represented by the Gigginstown House Stud-owned pair Outlander, the mount of Bryan Cooper and having his second start for the trainer, and Clarcam.

Elliott said: "Outlander ran a good race when second at Down Royal last time and you'd imagine he should have come forward for the run. He beat Monksland in a Grade 1 novice last season and we're looking forward to a good run.

"He's in good form and so is Clarcam, and although his recent form isn't that encouraging we're hoping he might be able to pick up some prize-money.

Weather is key
Willie Mullins, successful with Arvika Ligeonniere in 2013 and Champagne Fever in 2014, had four entries for the race and relies on Alelchi Inois, a seven-time chase winner who finished third in a Grade 1 event over 3m1f at Merano in September.

Mullins said: "A lot will depend on what happens with the weather. Rain is forecast and if it arrives overnight or in the morning we'll be in trouble as Alelchi Inois likes it good. He's in good form and is fit and well but ground is the key to him."

Days Hotel, who will be making his reappearance, has shown all his best form over 2m and Henry de Bromhead said of his multiple Grade 2 winner: "He's in good form but a lot will depend on whether he gets the trip as he's done most of his racing over shorter. If the rain arrives it will help him as he likes it soft."

Although John Ryan, trainer of Draycott Place, admits his four-time chase winner faces a big task at the weights, he believes the seven-year-old deserves a shot at the prize. He said: "He looks up against it on official ratings, but he's in super form and Danny [Mullins] was very keen that I let him take his chance. This is one of our local tracks and I think he's capable of a very good run."

Dromnea, twice a winner over fences and runner-up in a handicap chase at Galway on his most recent start, represents Mouse Morris, who won the race with War Of Attrition in 2005.