McNamara favourite to follow Gordon to title with Fahey backing 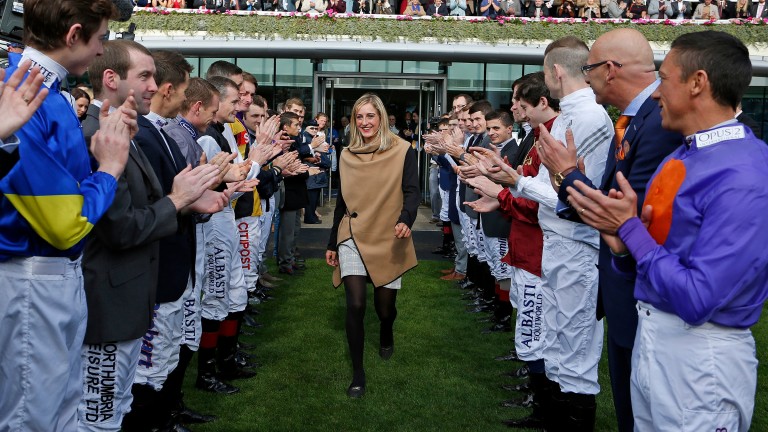 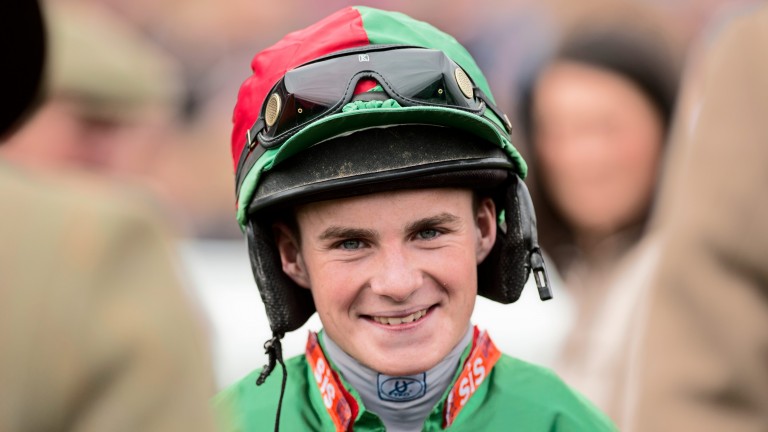 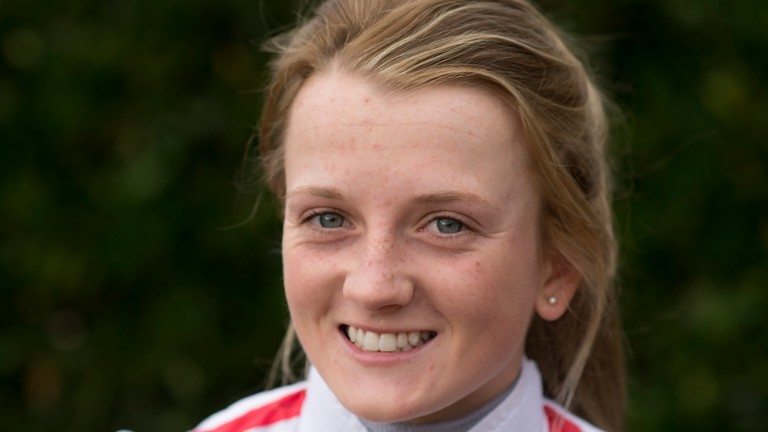 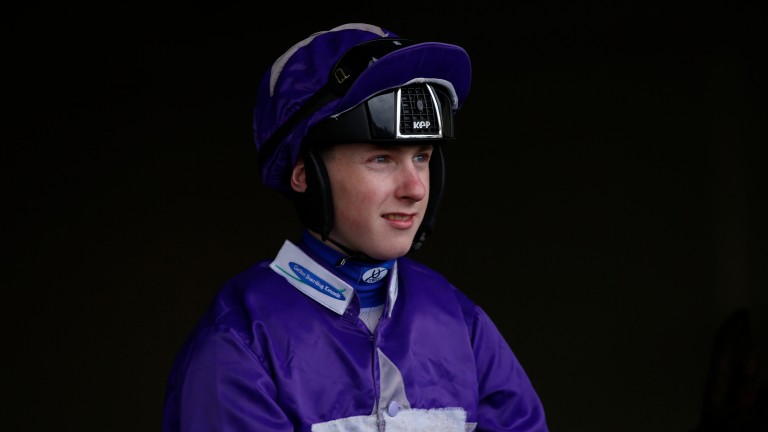 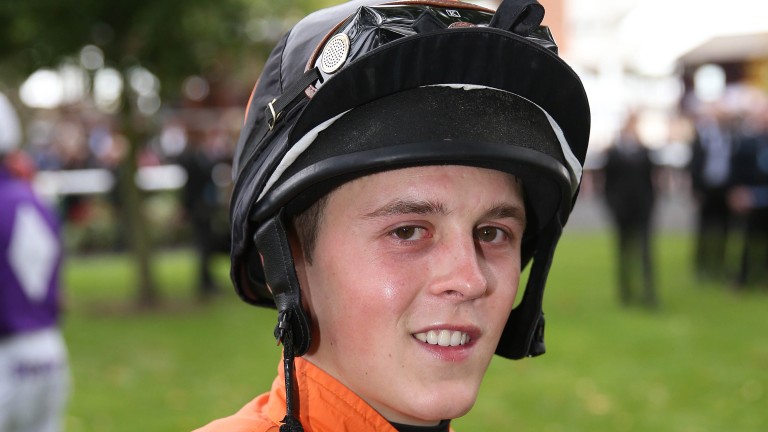 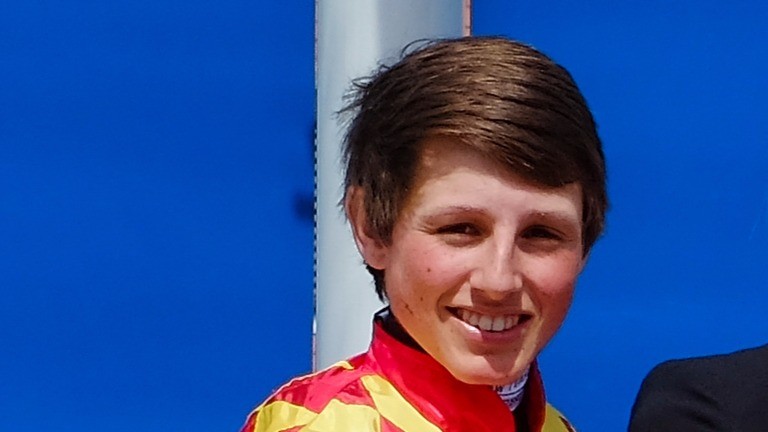 It is no surprise Adam McNamara is favourite to win the Stobart Apprentice Championship, but his short price does not reflect the strength of the field lined up for the start on Saturday.

McNamara is the leading rider from the last championship still eligible after finishing third to Josephine Gordon and 2015 champion Tom Marquand, but Richard Fahey's apprentice is reopposed by his closest pursuers Nathan Evans, George Wood and Eddy Greatrex, along with a host of emerging talent.

Richard Hannon, who like Fahey has sights set on 200 winners every year, usually fields leading contenders and this year is no exception with Hollie Doyle and Rossa Ryan in the stable.

There is no doubting the ambition of McNamara, and his boss Fahey is squarely behind a teenager who he sees as having all it takes to be the champion, describing him as “very capable".

Fahey said: “If he had ridden over the winter he would have lost his claim. The biggest worry for an apprentice is losing his claim too quickly and a lot has happened very quickly for him.”

McNamara is certainly up for the challenge, saying: “I took the winter off to protect my 3lb claim with the aim of having a good year this year.

“The boss, my agent and I all had a talk and it seemed the best decision. I've got to get the momentum back from last year and depending on how we sit by mid-season we'll decide if we're going to give it a good kick. But the title's on my mind. I stayed here and rode out every day for Richard, and I have 40 left of my claim.”

Fahey guided Freddy Tylicki to the title in 2009 and Tylicki has played a big part in Wood getting to where he has at James Fanshawe’s in Newmarket.

The young rider will be hoping to make a similar start to last year when he shot to prominence with a winner at the Guineas meeting and had seven winners two weeks later.

“Last year was amazing but I don’t set goals and want to keep my claim as long as I can,” said Wood, who spent the winter in America to protect his 5lb claim with 11 winners left. He has caught the eye of many in Newmarket, getting rides from such as Saeed Bin Suroor, William Haggas and Simon Crisford.

While everyone starts from zero on Saturday, Hollie Doyle goes into the weekend on a roll having ridden 20 winners and she has also enlisted the backing of agent Guy Jewell, who helped Hayley Turner in her rise to the top.

Doyle said: “I'm not going into the summer thinking I can be champion but I'll be trying everything I can to win it and it would be a bonus. It would be great to ride my claim out.”

Nathan Evans is another with numbers on the board and he finished last year one short of a 50.

"I'd like to better last year, which is a big enough ask," said Evans, who has Paul Mulrennan to thank for taking the plunge at Mick Easterby's rather than going to the Irish Racing School.

"The boss has given me great opportunities and I wouldn't be expecting anything like the apprentice title, but I'd be in with a shout if things kept going like this," added Evans who was showjumping until he was 16.

New kid on the block

Rossa Ryan, who has been backed from 9-1 to as short as 11-4 for the title, is the new name in the frame and eager to make a big impression.

The Galway teenager said: “I was freelance in Ireland and my dad’s friend recommended me to Mr Hannon, who asked me to sign up. I’ve been here three months and had one winner. My ambition is to be champion apprentice, if not this year then next.”

Clifford Lee, who found his feet with Karl Burke last year with 24 winners, is another in contention along with Eddy Greatrex, who broke a five-month losing run this week but has topped 30 winners in both of the last two years.

The emerging talent includes Finlay Marsh, who has the support of a champion jockey in Richard Hughes, and David Egan, son of John Egan and with the powerful Roger Varian stable.

Lewis Edmunds has been catching the eye this winter, topping last year’s score of 15 already with 18 winners from under 100 rides, and Ben Robinson is being brought along by Brian Ellison.

Adam McNamara
Age 19
Price 15-8
Richard Fahey
Third to Josephine Gordon and Tom Marquand in last year’s apprentice championship with 39 winners but rode 53 winners in total in 2016. Protected his 3lb claim over the winter but up and running with three winners last month.

Rossa Ryan
Age 16
Price 100-30
Richard Hannon
Pony racing champion in Galway and rode one winner in Ireland before being signed by the Hannon academy. Has ridden one winner from 30 rides in Britain claiming 7lb.

Clifford Lee
Age 21
Price 8-1
Karl Burke
Slow starter with just one winner in his first two years with a licence but moved to Karl Burke last year and rode 24 winners. Protected his 5lb claim over the winter but has already ridden ten winners in last two months.

Nathan Evans
Age 19
Price 10-1
Mick Easterby
Starts the season with 3lb claim on 79 career wins after another good winter following 49 winners in 2016 - 31 coming in the apprentice championship, in which he finished fourth, eight behind McNamara.

George Wood
Age 19
Price 10-1
James Fanshawe
Goes into the season with 5lb claim after spending winter in the US and has had four winners this year after riding 38 in what was his first full season in 2016. The 30 that counted to the apprentice title earned fifth place behind McNamara and Evans.

Hollie Doyle
Age 20
Price 33-1
Richard Hannon
Into her third year with Richard Hannon and had her claim recently cut to 3lb after passing 50 winners. Leads the 2017 apprentice standings with 20 winners, building on her total of 33 for 2016.

'We love you Hollie' screamed a racegoer - and Goodwood Cup day needed her 'He's got so many gears' - belated festival success for Rossa Ryan on Kinross Hollie Doyle stars on opening day of Glorious Goodwood with 122-1 hat-trick First Group 1 for Alan King as Trueshan relishes conditions in Goodwood Cup Brunch tastes good for William Buick as rider enjoys wonderful weekend Hollie Doyle rides: can Group 1 star keep up her flying form at Sandown?