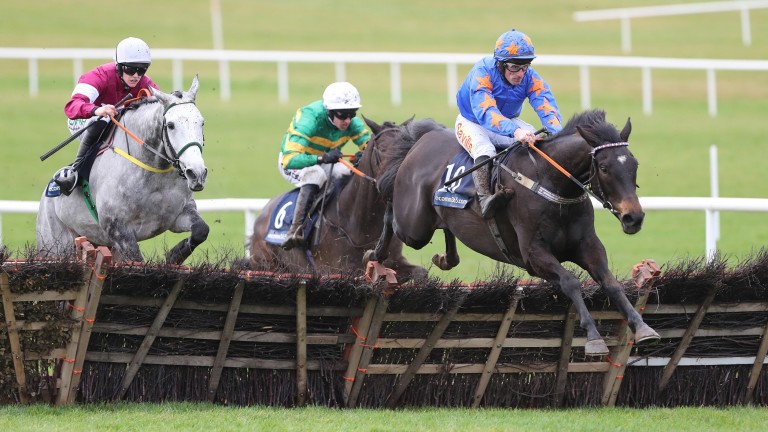 The Jam Man ran out a comprehensive winner of the €80,000 eCOMM Merchant Solutions Handicap Hurdle (Grade B) at Navan last weekend
Caroline Norris (racingpost.com/photos)
1 of 1
By Mark Boylan 11:56AM, DEC 13 2019

Trainer Ronan McNally has described himself as "gutted" following the news his hugely improved handicapper The Jam Man will miss out on a dream clash with Paisley Park in the Grade 1 Marsh Hurdle, registered as the Long Walk, at Ascot.

The Armagh handler's star performer was set to be supplemented on Monday for a December 21 showdown with the reigning Sun Racing Stayers' Hurdle champion, but a minor setback has scuppered the ambitious bid.

McNally told the Racing Post on Friday: "We're gutted as we had been really building up to the Long Walk Hurdle, but unfortunately he's met with a very minor issue that means he won't make Ascot.

"The horse will be fine, but the little knock just puts our schedule out for getting him ready for Saturday next week."

The improving six-year-old went up 10lb to a mark of 138 for a smooth Grade B handicap success at Navan last weekend, and McNally said he still has one eye on meeting the 169-rated Paisley Park in the Grade 2 galliardhomes.com Cleeve Hurdle on Cheltenham Festival trials day next month.

"We'll be giving him a few days to come right and it shouldn't have him out of action for long," said the trainer, who also runs joinery business Krafty Kitchens and Bedrooms. 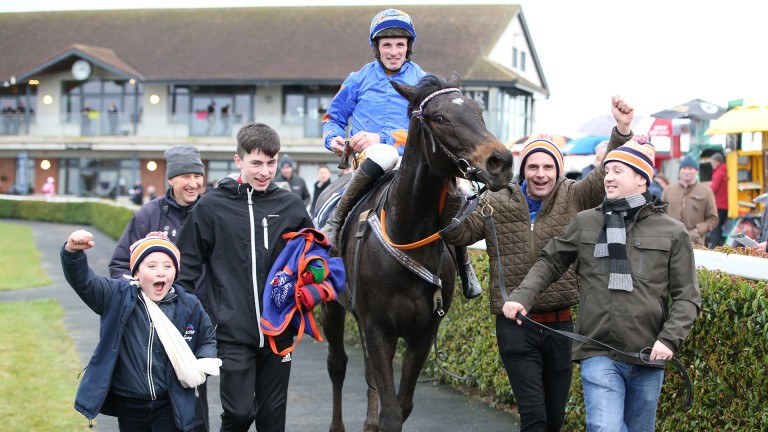 The Jam Man was set to be supplemented for the Marsh Hurdle at a cost of £5,000 on Monday but a setback has ruled him out of the Grade 1
CAROLINE NORRIS

"It's possible he could get back in time to run in a Pertemps qualifier at Leopardstown on December 28, but we won't rush him and we'll still be looking forward to possibly meeting Paisley Park in the Cleeve Hurdle in January."

He added: "We'll be receiving weight from him then as it's a Grade 2, so that race is something to aim for now. People seem to be warming to our horse so hopefully he can keep progressing."

The Jam Man had been priced up at 33-1 for this month's Marsh Hurdle, while he is a 50-1 chance for the Stayers' Hurdle in March with bet365. The same firm also make him a 33-1 shot for the Pertemps Final.

FIRST PUBLISHED 11:56AM, DEC 13 2019
We'll still be looking forward to possibly meeting Paisley Park in the Cleeve Hurdle in January