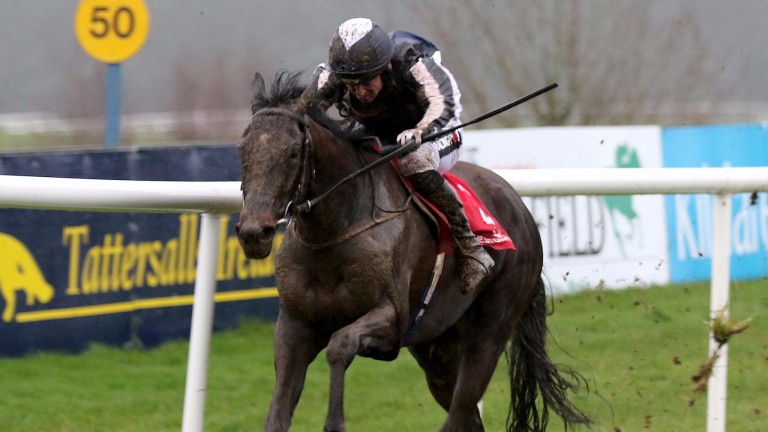 Early Doors created a good impression when winning a bumper over course and distance on heavy ground in February and bids to step up on that performance with Patrick Mullins back in the saddle.

Since that debut win Early Doors has been snapped up by JP McManus and trainer Joseph O'Brien holds no fears with the four-year-old encountering better ground for the first time here.

O'Brien said: “He won his only start well here back in February. While the ground was heavy that day, I don't see any reason as to why he won't like better going as his dam is by Desert Prince. We've always liked him and think he can go well.”

The trainer also runs Spin A Yarn, and said: “He's having his first start and if he were to get some prize-money it would be great.”

For Mullins, victory would come in handy in his amateur riders' title tussle with Jamie Codd, whom he trails by three winners.

Gordon Elliott landed this race in 2015 with subsequent Grade 1 performer Petit Mouchoir and he runs Rapid Escape and Valdieu, both owned by Gigginstown House Stud.

He said: "Both of them are point-to-point winners this year and very nice horses for the future.

"Maybe Jamie Codd's mount, Rapid Escape, might have the better chance, although I'm not too sure.”

Noel Meade last tasted success in this prestigious bumper in 2011 with Texas Jack, and like Elliott, he has two bullets to fire in Mujadel and Cask Mate.

He said: “Cask Mate disappointed on soft ground and we're hoping he can perform better on this nicer surface. The faster the ground the better for Mujadel.”

Ballylinch Stud's green and orange silks are rarely seen at the major jumps meetings, however they have enjoyed great success with Willie Mullins, who trained Laviniad to win at stakes level two seasons ago.

The owners are represented by Hollowgraphic, the mount of Katie Walsh, and Mullins is hoping for a promising run on debut – click here to view his column.

Henry de Bromhead is hopeful of a good effort from Stacks Mountain, who has the benefit of a run under his belt.

He said: “He's a nice horse and works well. He had a good run in a maiden hurdle and hopefully will run well.”