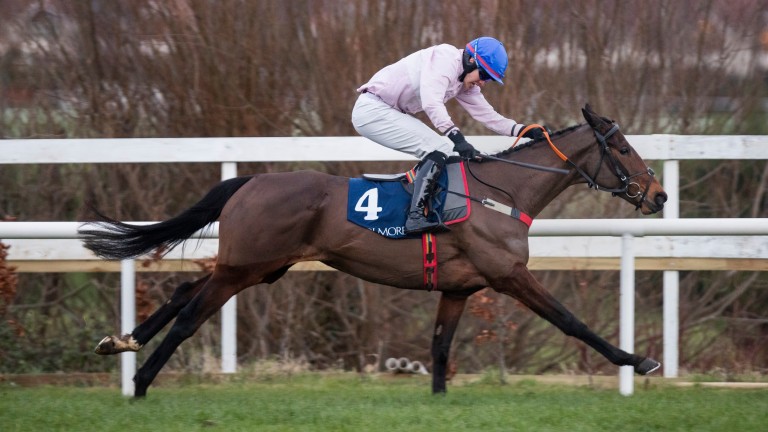 Trainer Dermot McLoughlin is hoping his star bumper mare Santa Rossa can make an impact in a wide-open mares' novice hurdle division as she prepares to make her debut over hurdles this month.

A Grade 2 winner at last year's Dublin Racing Festival before running with credit against the geldings at the Aintree and Punchestown festivals, McLoughlin's daughter of Jeremy hasn't been seen since May.

The form of her Leopardstown success has also been shown in a good light thanks to the impressive black type victories of Bigbadandbeautiful at Gowran Park and Navan this season.

McLoughlin said of his promising five-year-old: "She'll be ready to run in about ten days so we'll look for a maiden hurdle for her.

"I thought there'd be a schooling race here next week but they're not running them now so we'll let her take her chance. She's fairly straight and is in good nick."

He added of the Pat Conway-owned mare: "She was late coming back to us for whatever reason but we'll get her out in the next fortnight. She jumps well.

"The mares' [novice] division seems to be a bit weaker but she still has to go and do it. Hopefully all goes well with her."

Santa Rossa, who split smart novices Thebannerkingrebel and Master Debonair at Aintree, is a general 20-1 chance for the Dawn Run Mares' Novices' Hurdle at the Cheltenham Festival.

McLoughlin was left disappointed by his talented hurdler Canardier's Christmas showing at Leopardstown after the eight-year-old failed to build on his Navan chasing debut when falling two from home, looking a major player.

Last season's Coral Cup fifth jumped poorly before coming home in his own time in a beginners' chase behind Easy Game and Allaho at the Dublin track on Saturday. 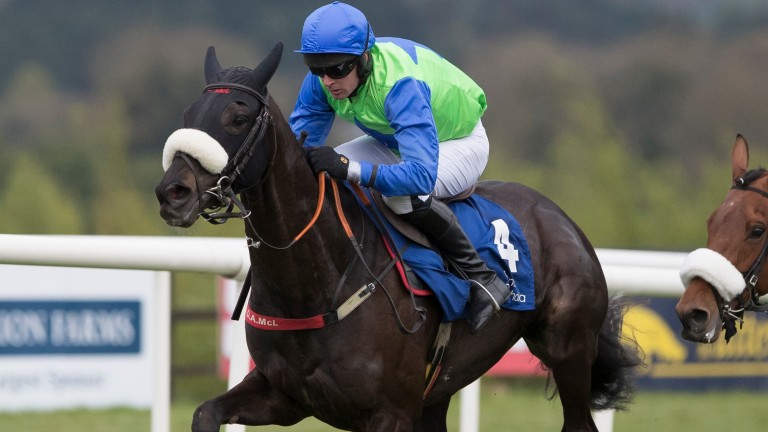 Canardier: failed to fire on his latest start over fences at Leopardstown
Patrick McCann

"He was disappointing," said the capable Ratoath-based trainer. "He never jumped a fence and we're back to scratch with him.

"I don't know what we're going to do with him but I was disappointed after what he did at Navan, he schooled well and did everything right at home."

He added: "Maybe the ground was too quick and they went too quick for him because once he missed a fence Keith [Donoghue] just said he wasn't enjoying it."

FIRST PUBLISHED 10:30AM, JAN 2 2020
She was late coming back to us for whatever reason but we'll get her out in the next fortnight