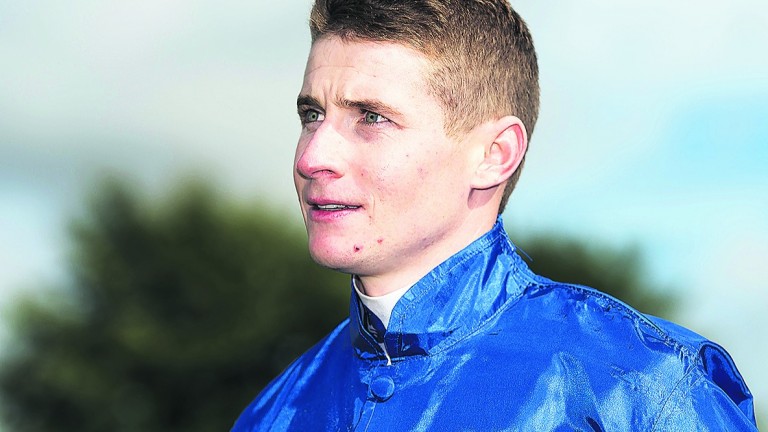 James McDonald: has had his Godolphin contract terminated
Edward Whitaker
1 of 1
By Keith Melrose 7:25PM, DEC 22 2016

Jockey James McDonald has been banned for 18 months by the Racing New South Wales stewards and has had his contract with Godolphin terminated.

McDonald was found to have profited from the win of Astern when the subsequent Group 1 winner made a successful debut at Randwick on December 5 last year.

In a statement released after the sentence was passed, Godolphin said: "Godolphin agrees that there must be zero tolerance of any breaches of the prohibition on betting by a jockey.

"Godolphin has advised James McDonald that, as he is disqualified, he will be released from his current contract with immediate effect. This decision has been accepted by James."

The statement continued: "We will continue to support him throughout his suspension. His long-term future with Godolphin will be reviewed in due course by His Highness Sheikh Mohammed."

McDonald stood himself down voluntarily when the charge was announced in mid-November and his ban has been back-dated to reflect that.

However, his legal team had pushed for a much lesser ban, reflecting his full co-operation with the investigation and the fact that he rode Astern in the race in question.

McDonald said: "I made an error of judgement betting on Astern when I rode it and broke a rule of racing. But I am extremely disappointed with the penalty and I will be appealing."

However, when later asked about the penalty, Racing NSW's chief steward Marc Van Gestel suggested that the punishment fitted the crime under the jurisdiction's rules as they stand.

"A line was drawn in the sand when the mandatory minimum penalties were introduced in March 2013," he said, alluding to the rule that imposes a two-year entry point for such offences.

Van Gestel added: "We take into account your good character, your contrition, your remorse, the size of the bet and your guilty plea [in reducing the term by six months]."

James Doyle has taken McDonald's place as Godolphin's principal rider in Australia for the winter.

The BHA confirmed yesterday that the prospect of McDonald riding in Britain while he serves a ban in Australia is a formality.

"Once we are officially contacted by Racing New South Wales to inform us of the ban, under the international agreement we will reciprocate it in full," said their media manager Robin Mounsey.

FIRST PUBLISHED 8:45AM, DEC 22 2016
Godolphin has advised James McDonald that, as he is disqualified, he will be released from his current contract with immediate effect