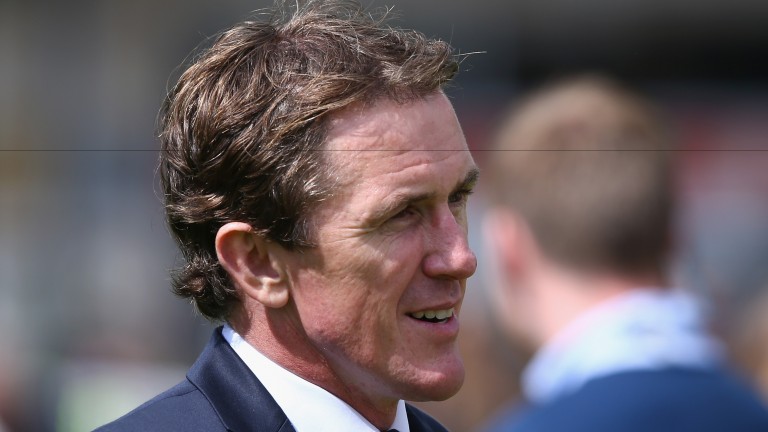 Sir Anthony McCoy has paid tribute to Black Jack Ketchum following his death aged 17 after a bout of colic, describing the prolific winning hurdler as “one of my favourite horses”.

The 20-time champion jockey partnered Black Jack Ketchum, who was trained by Jonjo O’Neill, to all his seven successes over hurdles and said: “He was a gentleman of a horse, a great character and very likeable.

“He was a very kind little horse you could have brought into your living room as he was almost pony-like in his manner. He was not very big in that way, but he was immensely talented and big-hearted on the racecourse.”

Black Jack Ketchum started his career in June 2004 when winning a Worcester bumper for amateur JP Magnier and readily followed up under the same rider at the same course a month later.

He went over hurdles at Uttoxeter in the autumn of 2005 and McCoy recalled: “He went through that season unbeaten and was very, very impressive when winning the Grade 1 Sefton Novices’ Hurdle at Aintree in the spring of 2006.

“But unfortunately he developed a few problems afterwards and his owners, Derrick and Gay Smith, decided to call time on his career. He spent many happy years in retirement on their farm in Barbados until he sadly suffered a bad bout of colic a few days ago.”

His nine career victories also included what is now the Albert Bartlett Novices' Hurdle – then a Grade 2 – at the Cheltenham Festival, the Relkeel Hurdle and West Yorkshire Hurdle.

FIRST PUBLISHED 12:08PM, NOV 22 2016
He was a very kind little horse you could have brought him in to your living room