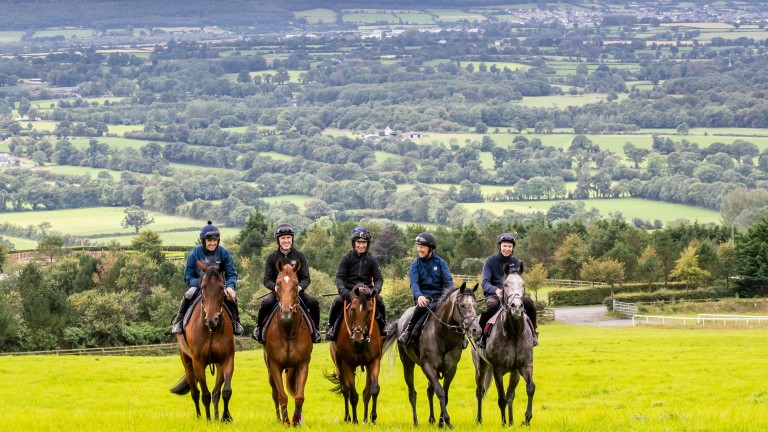 Some had sworn they would never compete again but in the name of Pat Smullen and cancer research five of racing's greatest riders returned to the saddle on Tuesday morning, preparing for one last poignant battle.

Sir Anthony McCoy, Ruby Walsh, Paul Carberry and Charlie Swan warmed up for next weekend's Pat Smullen Champions Race for Cancer Trials Ireland alongside Joseph O'Brien at the trainer's Owning Hill base, readying themselves to go toe to toe at the Curragh on Longines Irish Champions Weekend.

McCoy, who tasted success in the Leger Legends at Doncaster just five months after retiring in 2015, has stressed this will be his final race.

The 20-time champion jockey explained: "After I rode in the Doncaster race, not long after I'd retired, I said I'd never be seen on a horse again on a racecourse because I kind of struggled a little bit mentally afterwards, thinking I could still be a jockey.

"It's exceptional circumstances, tough and sad ones, but it's a testament to Pat that he got this array of champions to take part in such a special race.

He added: "It's all about hopefully giving Pat a little piece of satisfaction. It shows the mark of the man that he went out to do such a thing, helping raise awareness and funds.

"There's no doubt I'll probably be the heaviest riding and I'll probably have to ride the horse carrying the most weight. I'm pretty fit though, I've done a lot of running and exercising and have been riding out at Jonjo O'Neill's and Nicky Henderson's."

Ruby Walsh, the most recently retired of the riders, is confident that fitness will not prove an issue on his return to the racecourse.

"If I'm not fitter than these I may give it up!," he laughed. "I've only been retired a few months, so hopefully I do have an advantage but it's only going to be a mile. I've been riding out, no schooling, but plenty of work."

Walsh added: "When Pat asked me at Ascot, it was a no-brainer. I didn't think I would get the opportunity to ride with Pat again, sadly that hasn't transpired but I think that's even more reason for us to get behind this race and try to do what Pat wanted this race to do – raise as much money for pancreatic cancer research as possible. 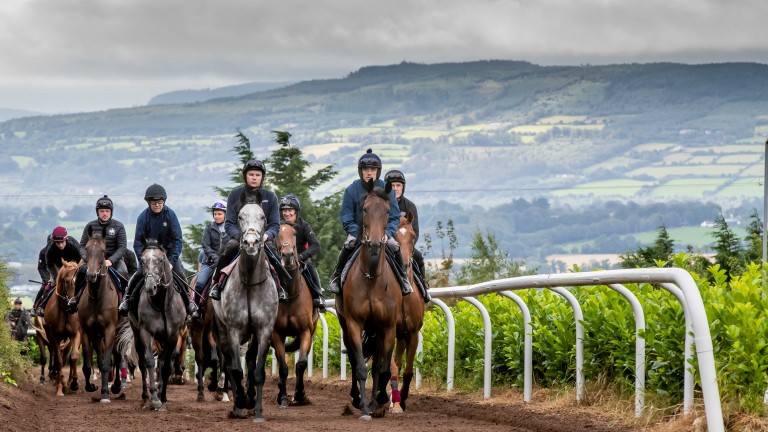 "I think there's only going to be one winner, and hopefully that will be pancreatic cancer research."

Smullen had planned on taking part in the mile-long fundraiser after announcing his retirement from the saddle in May following recovery from an initial battle with pancreatic cancer.

However, the nine-time Irish champion jockey and Derby winner was forced to withdraw from the race on medical grounds due to a health setback, which will necessitate chemotherapy.

The quintet of riders shaping up on the Kilkenny gallops on Tuesday morning will be joined on Sunday week by fellow champions Johnny Murtagh, Richard Hughes, Kieren Fallon and Ted Durcan.

Paul Carberry expressed his delight at being in the stellar line-up and believes the standard of rider involved is unprecedented.

"I don't think anybody in the world has ridden in a race with that much of a quality line-up before," he said. "It's a brilliant thing to be involved in and it was great to get the call-up." 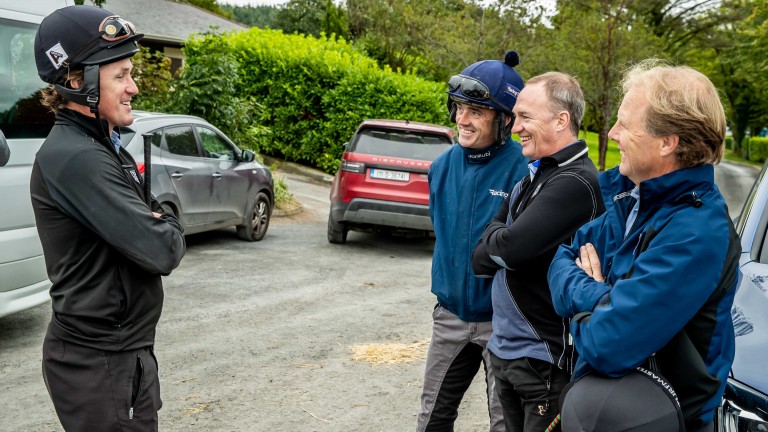 Of riding tactics Carberry, who has been pre-training horses and show jumping since his retirement three years ago, joked: "Hopefully I'll be able to keep an eye on them from behind and rob it all at the end, drop them on the line."

Joseph O'Brien, who will support the race with runners, said: "I'm the youngest and certainly the least fit of all the guys.

"Pat has had a tough time of it recently but he was a fantastic jockey and is a great person. Everyone is getting behind this, and him, and we'll continue to give our support before and after the race."

Charlie Swan, who retired from the saddle 16 years ago, has been preparing for next week's comeback by running, as well as riding out at home and in France.

"I didn't think I'd ever be riding upsides these guys again," said Swan.

"I think we're all very competitive, and there's a few of them more competitive than others maybe, but it's going to be fun for a great cause. Pat's such a great guy."

Cancer Trials Ireland has two pancreatic trials ready to start and all proceeds raised over Longines Irish Champions Weekend will ensure that they start as soon as possible.

The jockeys riding in the fundraising race will be sponsored by the Irish National Bookmakers Association, Bar One Racing, BetVictor, Adare Manor, Ladbrokes, Ballymore Properties, Betfair, SkyBet and Paddy Power.

FIRST PUBLISHED 7:20PM, SEP 3 2019
I kind of struggled a little bit mentally after, thinking I could still be a jockey

Confirmed runners and riders for Sunday's Pretty Polly Stakes at the Curragh 2021 Irish Derby at the Curragh: the runners, the odds, the verdict O'Brien bids for back-to-back Apprentice Derby wins with crack youngster Seamie Heffernan: staying power is High Definition's trump card in Irish Derby Rossa Ryan eager to return for biggest ride of career on Mojo Star this weekend Ruby Walsh: Faugheen's first defeat was my fault - I was trying to be too clever