McCain on the raid as Lofgren tackles valuable handicap chase 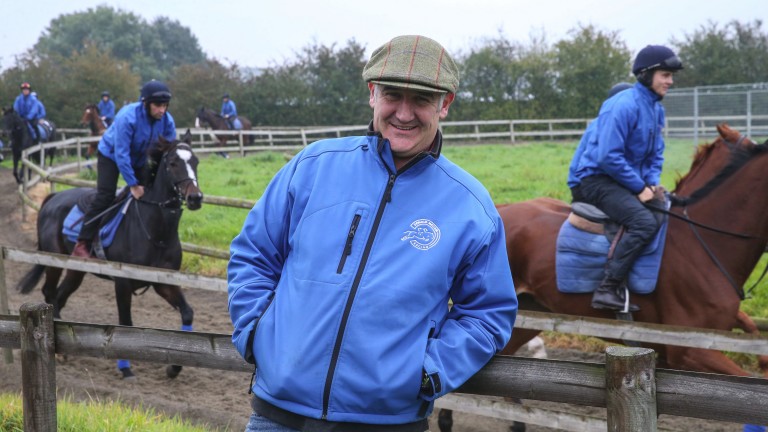 Lofgren, who spent his days as a hurdler with Enda Bolger, winning twice last year, represents Donald McCain in the most valuable race on the card when the curtain comes down on Killarney's 2017 programme.

Twice successful over fences, Will Kennedy's mount faces 12 rivals and will be chasing a first prize of €29,500.

"Two and a half miles around Killarney will be fine, as will the good ground. It’s a valuable race and we thought we’d take a punt."

Devils Bride heads the weights with Lisa O'Neill claiming 5lb, and Henry de Bromhead is also represented by Deans Road, who is partnered by Ruby Walsh for the first time.

A seven-time chase winner but without a victory for over a year, Devils Bride was a close third when falling at the final fence in the Galway Plate won by stablemate Balko Des Flos.

Devils Bride finished fourth in the Plate last year, while Deans Road, all of whose three chase wins have been at around this trip, was also in with a chance of earning a share of the Plate prize-money earlier this month when he was badly hampered by Devils Bride's fall.

"They were unlucky at Galway but they came out of the race well and are in good form," said De Bromhead. "The trip should suit them and, with better luck this time, they should go well."

Kennedy on board Sligo winner Delegate

Jack Kennedy, who resumed race-riding on Friday after being out of action with a broken leg sustained in a fall at Punchestown in May, partners the Gordon Elliott-trained Delegate, who got off the mark over fences when scoring at Sligo 17 days ago.

This contest will be the seven-year-old's first venture in handicap company and Elliott said: "Compared with most of the others he lacks a bit of experience, but he came out of Sligo well and we decided to let him take his chance."

The Gatechecker is blinkered for the first time having finished fourth over a slightly longer trip at the Galway festival, while Neverushacon, Lucky Pat and Kilcarry Bridge renew rivalry having finished first, second and fourth in a 2m2f handicap chase at Galway.

FIRST PUBLISHED 6:00PM, AUG 25 2017
Two and a half miles around Killarney will be fine, as will the good ground