Racing's Return BACK WITH A BANG 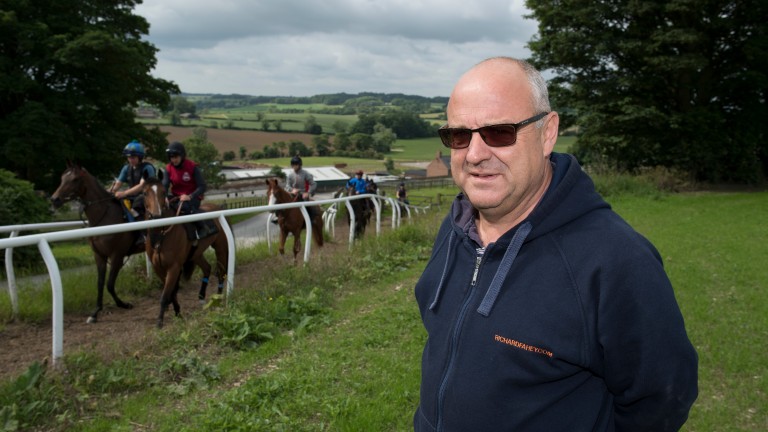 Richard Fahey: responsible for 33 entries at Newcastle
Edward Whitaker
1 of 1
By Bill Barber and Brian Sheerin UPDATED 7:37PM, MAY 26 2020

British racing greeted its planned return to action at Newcastle on Monday with huge enthusiasm as a mammoth entry of 369 flooded in for the breakthrough fixture.

The eight-race card, which could be extended to ten races with divisions, has attracted powerful entries from the major yards in the north, with trainer Richard Fahey making 33 entries.

The behind-closed-doors meeting will be the first to take place in Britain since March 17 after which the sport was closed down due to the Covid-19 crisis.

Fahey, leading trainer at the track for the last five seasons, spoke of the boost it would give to get racing back on again. 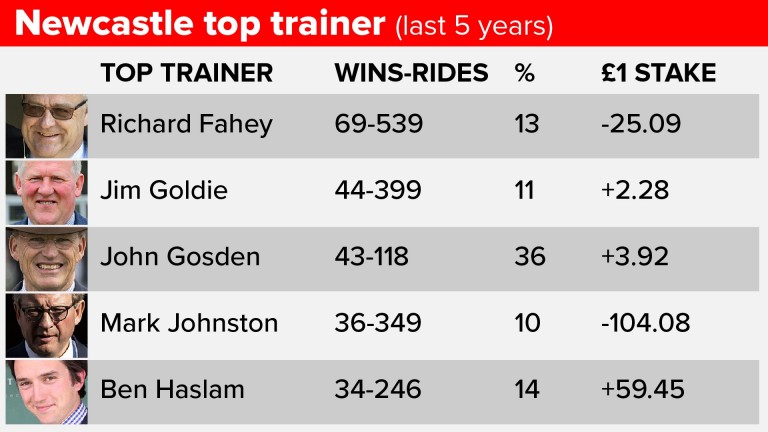 "It's good for the team, good for everyone's morale that racing is not far away," he said. "All we are trying to do is get back to work and I'm delighted that it looks like we are getting there. The prep is done at home and the racetrack is where we finish the job.

"It's very important that we get back racing and, if this had dragged out any longer than it already has, it would have been catastrophic for the industry. It would have put many people in a position where they would never recover.

"I know it has been a horrendous situation for everyone but it's time we got back to work adhering to the right protocols so let's hope we get there."

Fahey said his stable would continue to be well represented as the number of meetings increased next week.

He added: "The owners have been great during all of this and let's hope we can get back racing on June 1 and things will remain that way.

"The BHA has been put in an impossible position trying to keep us all happy in terms of the programme, but we have no preference with what horses we run, the main objective is to get everything out and find races for them. You always like running your two-year-olds, and we have plenty of those to run, which is a positive, but we've got to do what's best for all our horses.

"There are two meetings the following day and we'll be well represented there as well. The maximum that can run is 120, though, so it's not like everything will get a run. If we get two or three meetings on a day we won't be long about catching up." 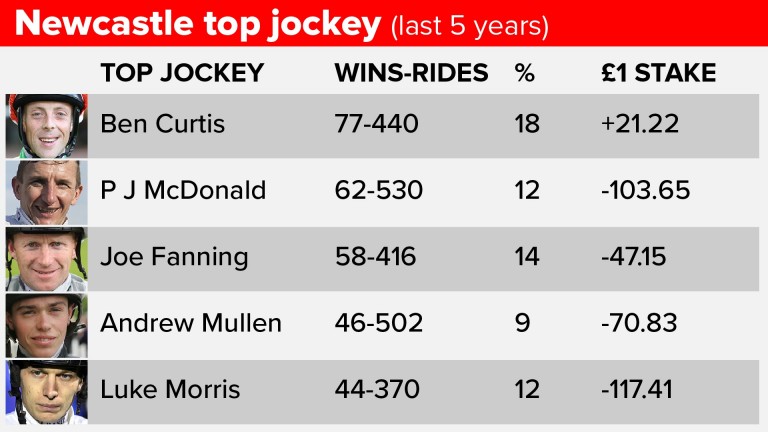 Silvestre de Sousa, Andrea Atzeni, Jim Crowley, Danny Tudhope and Luke Morris are among the jockeys who could be in action.

The BHA has said all races following the resumption will require final fields to be declared three days before meetings take place "until further notice", which means the final fields for Newcastle will be published on Friday.

Clerk of the course James Armstrong said the number of entries matched expectations and that they would be busy on Monday. The entry is around twice as large as would be expected for a meeting at Newcastle at this time of year.

"There's plenty of support from all over," he said.

"Given that we're not able to take overnighters that doesn't look to have hindered many people. The maiden and the novice have 60-plus entries so I'd say it's looking extremely likely they'll divide and we'll have a declaration of 120 runners and ten races. We'll be very busy.

"We're putting in new procedures and all the protocols that the BHA have given us are being adhered to. Like anything on day one there will probably be the odd teething problem, but the key thing is trying to get races off on time with the new system. It will take a little bit of getting used to and we'll try and iron out any creases on day two.

"We're champing at the bit and it will just be nice to get up and running."

FIRST PUBLISHED 1:03PM, MAY 26 2020
It's good for the team, good for everyone's morale that racing is not far away