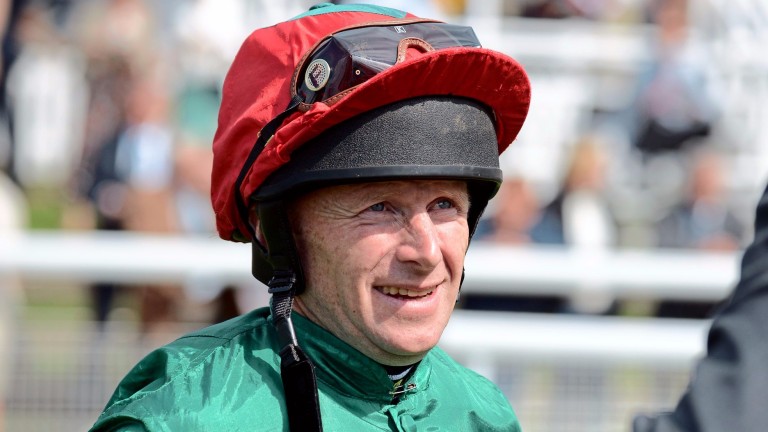 Joe Fanning may have partnered 2,500 winners on the Flat in Britain and is set to turn 49 next month, but adding to his tally remains his focus as he looked forward to many more seasons in the saddle on Sunday.

Fanning became just the second active jockey – alongside Frankie Dettori – to reach the milestone at Redcar on Saturday when partnering the Keith Dalgleish-trained 9-2 shot Universal Gleam to victory in the mile handicap.

The majority of his winners have been provided by Mark Johnston, and the rider was keen to acknowledge the role his boss has played.

"It's very nice to do it," said the jockey. "Having such a good yard behind me certainly helps – they're flying, which helps you along the way. I had a few weeks out in June so it's great to be back in the rhythm of it and I've had a good run since I came back."

Talking about his partnership with Johnston, he added: "I think we work well together, I've been there 20-odd years, which is a long time, and I think we get on – it seems to work well and I've been lucky.

"Each year I've had a good year for him so hopefully that will continue. It's a great yard with a great team of lads and lasses. It's a pleasure riding for them." 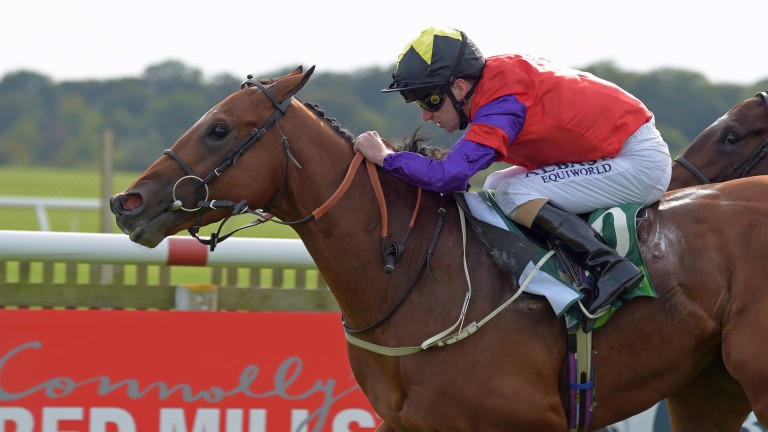 Fanning, who enjoyed his first winner in 1990, has ridden 100-plus winners in each of the last 11 years and Universal Gleam was his 104th of 2019. He was the third to three figures this year behind title contenders Oisin Murphy and Danny Tudhope.

Flat wins in Britain only

Fanning's agent Niall Hannity – a former jockey who is also a presenter on Racing TV – acknowledged the rider's efforts and said: "Genuinely he's the nicest human being you'll ever meet.

"He's so straightforward, his work ethic is second to none, it's 12 months a year – the miles he does in the car are insane. He's universally liked, he's a fantastic role model and a great jockey.

"You don't understand how good he is until you ride against him – fractions, settling horses, they don't improve much after he's been on them – and he's a fantastic judge. He knows the form book inside out and he's on top of everything, he has a thousand rides a year because there's not a trainer in the country that doesn't use him. It's the easiest job in the world being his agent."

Hannity will no doubt be pleased to hear their partnership is to continue for a while yet as Fanning has no plans to retire.

The rider said: "I'm still enjoying it and I don't have any weight problems – I'm very lucky that way because I'm small. That makes life a lot easier so I've no plans to call time on it any time soon.

"I just want to keep having plenty of winners and good seasons, the last ten or 12 years have been good to me – if I can keep having seasons like that I'd be happy."

18% his strike-rate this year

'An excellent match for Mark Johnston'

Joe Fanning's greatest strength as a jockey is his decision-making. He very rarely makes mistakes. He is always well positioned, is sublime from the front and an excellent judge – not just of pace but what he has left under him.

He does a wonderful job of getting his mounts in rhythm and conserving energy. He is an excellent match for Mark Johnston's horses, who are game as you like and keep finding for him. 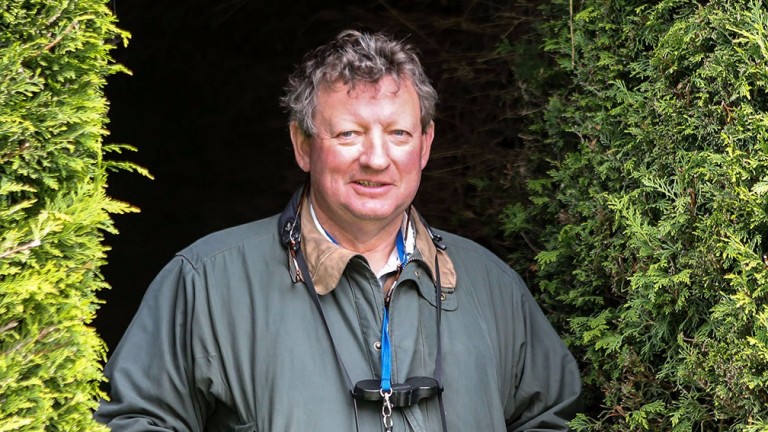 Horses very rarely get beaten because of him, which is an exceptional gift as a jockey, and makes him as popular with punters as he is with weighing room colleagues.

You do not ride 2,500 winners and work with a man as demanding as Johnston for 20 years without doing a lot right, but it is the fact he does so little wrong that makes him special.
Stuart Riley

FIRST PUBLISHED 2:25PM, AUG 25 2019
I've no plans to call time on it any time soon. I just want to keep having plenty of winners and good seasons

'His trainer has won the last three Cesarewitches and he looks an ideal type' 'He has a lot of attributes to win' - Donnacha O'Brien on his Irish Derby horse 'It'd be great for racing' - Stradivarius team raring for Subjectivist rematch 'It was really amazing' - the jockeys who rode their first Royal Ascot winners A five-day Cheltenham Festival? How racing reacted to the news on social media 'It duly went wrong' - Chris Cook's horses to follow from Royal Ascot