Talk of the Tracks NEWCASTLE MONDAY 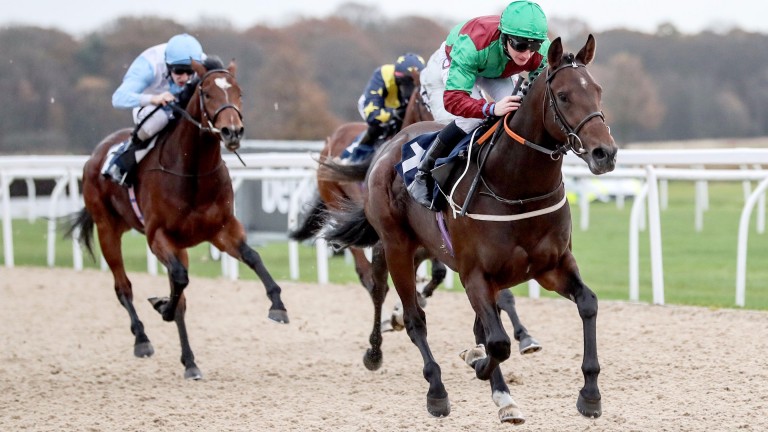 Although he carries the name of a Yorkshire town renowned for brewing beer, the juvenile Masham Star is now likely to be travelling east with the choice of races in two 'dry' states.

After beating three rivals, including his stable companion Morning Suit, in good style in the four-runner mile nursery to win his third race of the year, assistant trainer Charlie Johnston said: "He could go either to Qatar or to Dubai. He is a horse we have always thought a bit about but he was too keen in his early races and we dropped him back to 5f at one point – though he doesn't look like a 5f horse.

"He is settling now and getting better all the time and PJ [McDonald] gets on well with him. He looks really well, he has a coat on him as though it's mid July, and there is a $100,000 race in Qatar on December 28 which is a possibility.

"There are also plenty of options at the Dubai Carnival but unfortunately he cannot do both as he can't go straight to Dubai from Qatar, he has to come back here for a month first."

The race was an interesting one from a betting point of view as, although the winner was sent off favourite at 2-1, in the early markets some bookmakers bet 11-4 each of the four runners.

Although the 1m4½f apprentice handicap was won narrowly by handicap debutant Go George Go, he nearly didn't take part in the race as it took five attempts to get him into the stalls.

The perseverance of the stalls handlers paid dividends though and, after getting the breaks, he held on by a diminishing head from the strong-finishing Galilee Chapel under Callum Shepherd.

Owned by Lee Bond, he is trained by Alan Swinbank whose horses are running a great deal better at the moment following a poor run in the summer.

His trainer said: "We had a bad batch of hay and that seemed to be the cause of their loss of form. I get it tested now and the ones I'm running are going well. This horse nearly didn't go into the stalls, yet Neil Farley put him in twice at home yesterday. Then this morning we wouldn't go into my two-stall horsebox so I had to bring him in the big one. I would say he was a bit lucky there as he got all the breaks."

The juvenile maiden races are frequently well-contested on these end-of-season all-weather cards and there was certainly an interesting winner of the first division of the mile fillies' maiden in the John Gosden-trained newcomer Enable.

A daughter of Nathaniel, who is a half sister to two winners, she is a big scopey filly who outclassed her rivals. Robert Havlin drove her clear in the final furlong to win going away by three and three quarter lengths from another newcomer Gallifrey.

Enable looked a filly to follow after her convincing debut win.