Masar limbers up in style for possible Solario bid 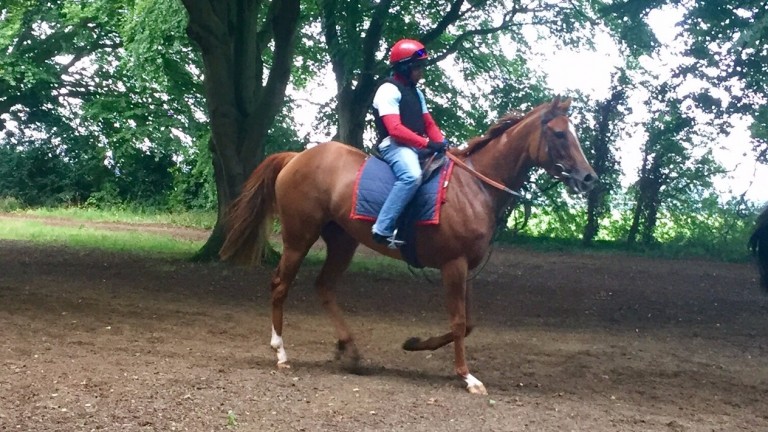 Masar Charlie Appleby
Brett Doyle is spending the summer riding out at Moulton Paddocks while he builds up to a return to the Middle and Far East, where he has prospered in Bahrain and Hong Kong in recent years. The Group 1-winning jockey enjoyed a smooth passage on the Chesham Stakes third who may head to the Group 3 Solario Stakes at Sandown on Saturday week.

La Figlia Jeremy Noseda
Just like her sire Frankel, the unraced chestnut enjoys burning up the Al Bahathri Polytrack and she took a step closer to making her belated debut when working over seven furlongs. On this evidence, it is easy to see why connections paid an Irish record €1.8 million guineas for her as a foal.

Dawn Of Hope Roger Varian
Varian has been cleaning up on his overseas trips with his fillies of late and he has another sortie planned with this flashy daughter of Mastercraftsman, who showed up well in her work on the trial ground. Runner-up in a Listed contest at Pontefract last month, the four-year-old is booked for the Group 3 Snow Fairy Fillies Stakes at the Curragh on Sunday.

Gorgeous Noora Luca Cumani
Dawn Of Hope's Kuwaiti owners Saleh Al Homaizi and Imad Al Sagar could be in for a busy autumn as they also have this one-time 1,000 Guineas hope on the way back from injury. The daughter of Raven's Pass scored by no less than six lengths when last seen at Wolverhampton in November.

Great Work !!! Omeros Hugo Palmer
Owner Chris Humber was back from the Deauville Sales to watch some of his team in action on Tuesday morning. The chestnut was well to the fore under James Doyle at the end of a seven-furlong exercise on the long gallop.

FIRST PUBLISHED 2:11PM, AUG 23 2017
Varian has been cleaning up on his overseas trips with his fillies and he has another sortie planned with this flashy daughter of Mastercraftsman