'Mary was brilliant with horses under all disciplines, and loved them all' 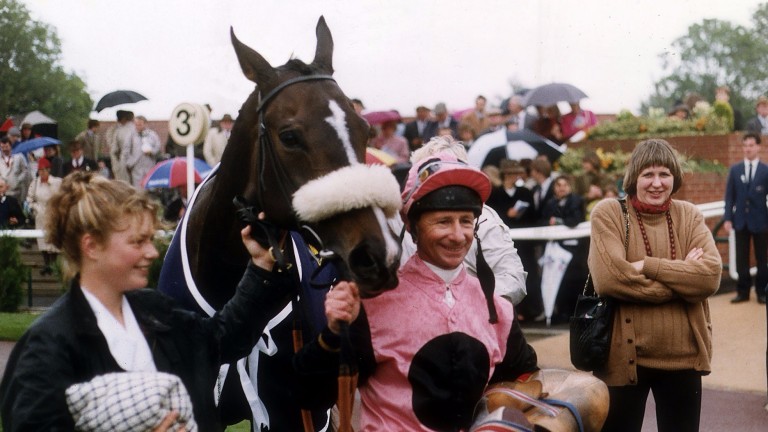 Mary was great to me and kept me going in the north for many years, especially with Mellottie.

The first time I rode him she told me to look after him, as he'd only won bumpers. I barely knew what a bumper was but I did as I was told and left the track with my breeches still on before the stewards called me in!

Mellottie started in handicaps off 60 and peaked at 110, and I think I rode him for 11 of 16 wins, including when he won the Cambridgeshire.

Like a lot of the great trainers, Mary had fantastic attention to detail. She used to stand on the roof of her van at the top of the hill to watch work. The lads would be thinking, 'One day that handbrake is going to slip', but it didn't and she missed nothing.

Like Sir Henry Cecil, she knew her horses inside out and, like him, when she said in that distinctive voice of hers: "John, I think this one is about right now," it had pretty much already won.

There was one occasion when I was riding at Hamilton in the afternoon and she said she wanted me at Doncaster for one in the evening.

I lived in York at the time and when she said it was rated 38 and had been off 18 months there was no way I was going to drive past home for that.

Mary was brilliant with horses at all levels and under all disciplines, and she loved them all.

I understand she was with horses when she passed. What a way to go.