'Marvellous' Smad may find another place and miss Newbury showpiece 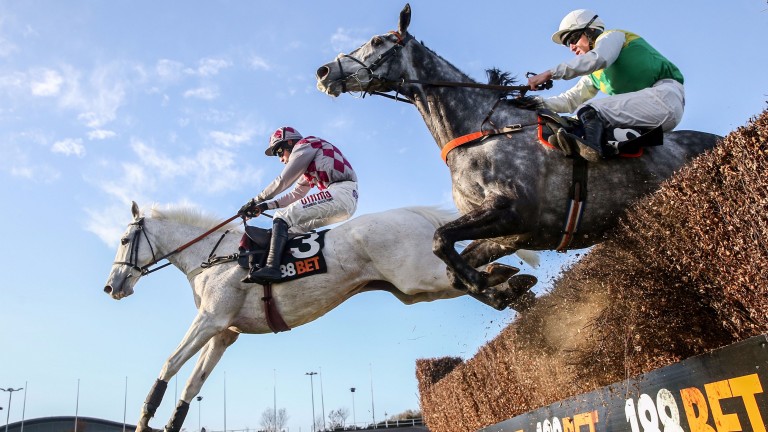 Popular chaser Smad Place may have delighted his fans with victory at Aintree but he is far from certain to bid to roll back the years once more at Newbury next month.

The dashing grey's odds for the Ladbrokes Trophy Chase were cut across the board after his game defeat of Cloudy Dream in the 188Bet Monet's Garden Old Roan Chase on Sunday.

He won the Newbury race, formerly known as the Hennessy Gold Cup, in 2015 and was fifth in 2014 and seventh last year.

But the ten-year-old's trainer Alan King warned on Monday: "He's far from certain to run. He'll have an entry but I'm not sure that the owners are very keen to go back so we'll have a think about it and enjoy yesterday for a few days. I suppose we could look at something like the Peterborough Chase for him."

Smad Place was racing at Aintree off his lowest BHA mark since his Hennessy triumph but is now set for a hike in the handicap, having run to within 5lb of his peak Racing Post rating of 173.

"The front two have gone clear and he'll go up in the weights but he won a decent prize so we can't complain about that," King said.

"He's a marvellous horse. It was wonderful to see him win and quite emotional too. He's always been a great jumper but I've never seen a better round of jumping from him, I thought he was faultless. It was one of those special days."

FIRST PUBLISHED 4:25PM, OCT 30 2017
He's always been a great jumper but I've never seen a better round of jumping from him, I thought he was faultless