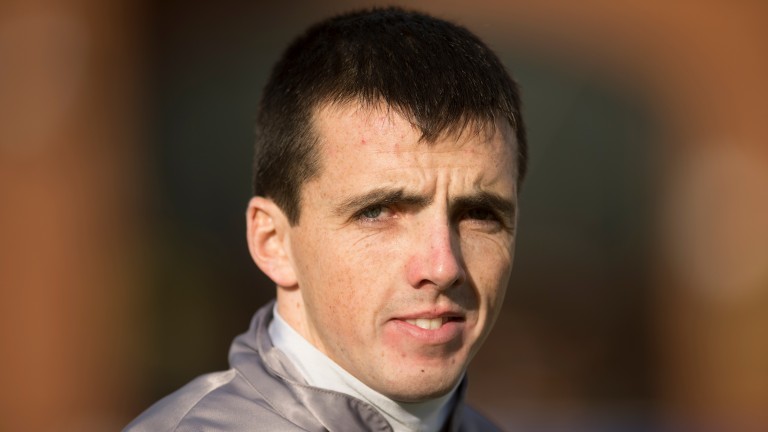 Martin Harley: preparing for a Classic ride on Enable's half-brother at Chantilly on Sunday
Edward Whitaker
1 of 1
By David Milnes 1:30PM, MAY 31 2021

John Gosden won his first Prix du Jockey Club with Mishriff last year and he and son Thady are set for a two-pronged attack on Sunday's Group 1 at Chantilly with Dante runner-up Megallan and Enable's half-brother Derab.

Martin Harley is quarantining in a hotel in Chantilly so he can retain his partnership with Derab while Olivier Peslier, whose last Group winner for Gosden came on Coronet in the 2017 Ribblesdale Stakes at Royal Ascot, has been booked for the ride on Anthony Oppenheimer's Megallan.

Harley is no stranger to Classic success, having won the Irish 1,000 Guineas on Samitar in 2012, and was last in domestic action at Haydock on Thursday. He has since travelled to France and entered a seven-day period of isolation in keeping with local Covid-19 regulations.

The 31-year-old will be maintaining a special bond with Derab this weekend as he rides the Juddmonte-owned colt frequently at home and has also partnered him in each of his three races, most recently when he landed a mile novice at Newmarket by six and a half lengths on May 14.

'It's my first ride in a Classic over here'

Speaking from his hotel room. Harley said: "Quarantine is fine and I'm hanging in there but it's a beautiful hotel, which makes it easier. It's my first ride in a Classic over here and thanks to John and Thady Gosden for giving me the opportunity. It's a big step up in grade for Derab from Newmarket but the team wouldn't be running him if they didn't think he had a realistic chance of winning."

John Gosden said: "The plan is to send Derab and Megallan to the Prix du Jockey Club and because of the regulations, Martin Harley and our travelling head lad Andrew Stringer are already over there in a hotel room to be out in time to take control of them when they arrive at the weekend.

"It's quite strict over there by all accounts with exercise bikes in their rooms and such, but hopefully it's worth it."

Megallan, who was ridden by Harley when chasing home Cazoo Derby hope Hurricane Lane at York, is a general 7-1 second favourite for Sunday's race with his stablemate fourth best at 10-1 behind French 2,000 Guineas winner St Mark's Basilica. 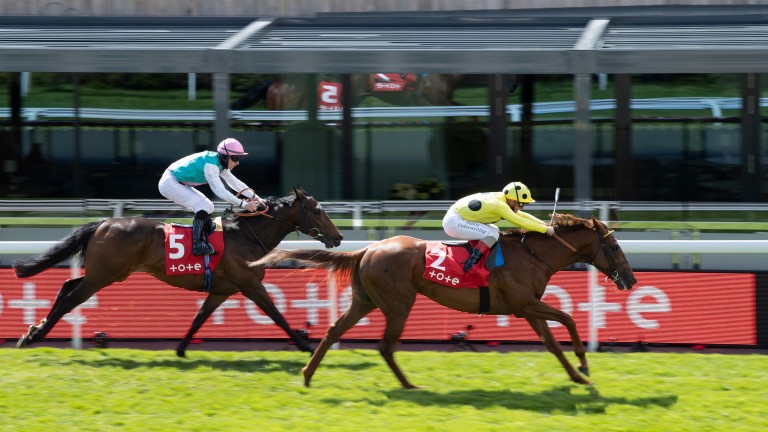 A total of 22 runners were left in at Monday's forfeit stage, although there is a supplementary stage on Wednesday. In addition to the Gosdens' Derab and Megallan, the other British and Irish raiders in contention are El Drama (Roger Varian), One Ruler (Charlie Appleby) and St Mark's Basilica and Van Gogh (both Aidan O'Brien).

El Drama was partnered by Andrea Atzeni when winning the Listed Dee Stakes at Chester last time, but the son of Lope De Vega will be ridden by Mickael Barzalona at Chantilly as Atzeni is staying home to partner Third Realm in the previous day’s Cazoo Derby at Epsom.

Varian said: "We've been very pleased with how El Drama has progressed in his work since Chester since when it was always the plan to run him at Chantilly. We booked Mickael Barzalona a while ago and he looks a good fit for the horse."

Read more on the Classics. . .

What's on this week: all eyes on Epsom as the Derby and Oaks take centre stage

FIRST PUBLISHED 1:30PM, MAY 31 2021
It's quite strict over there by all accounts with exercise bikes in their rooms and such, but hopefully it's worth it