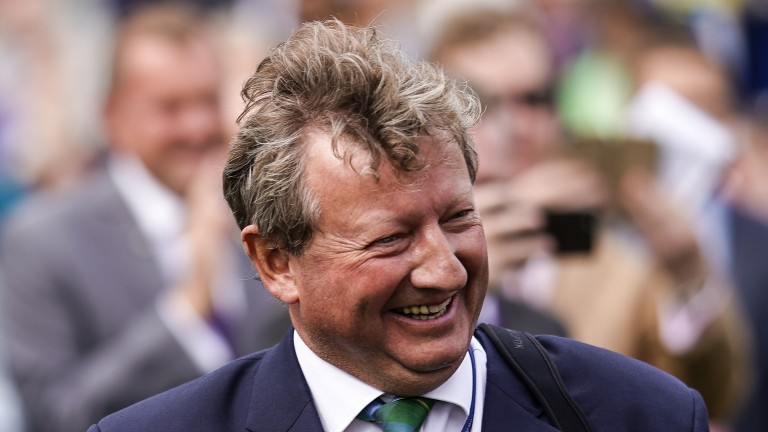 Mark Johnston broke the record for the most winners on the Flat in Britain in a calendar year when Bavardages became his 236th winner of 2019 with victory at Kempton on Monday. 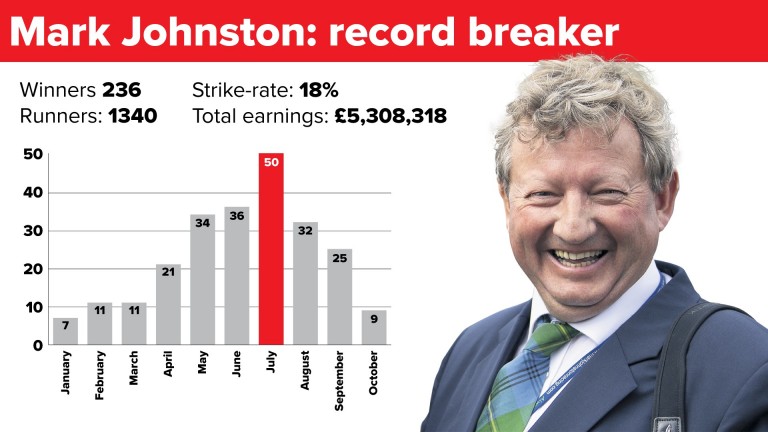 "There was some relief but I said I'd only have started panicking after Christmas," said Johnston. "The record shows our consistency in producing a high percentage of winners each year.

"I said I would not chase the record and vowed not to run any horses that wouldn't have run anyway. It's clear I didn't do that in the last couple of weeks becaJuse we haven't had a lot of runners with the season tailing off and abandoned meetings." 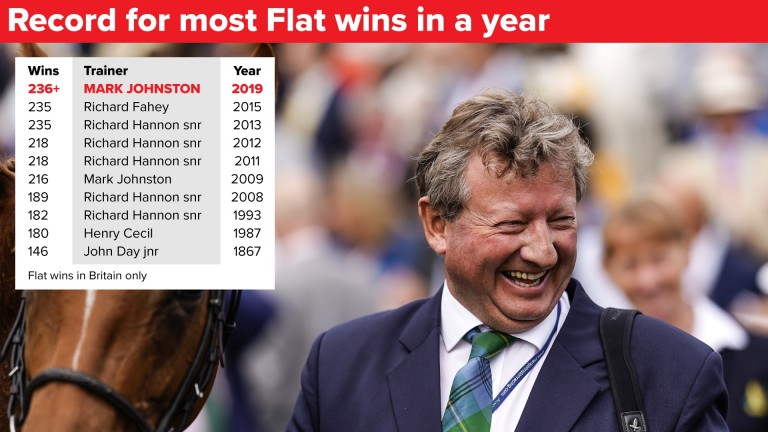 It has been a record-breaking few years for Johnston as he became British racing's winningmost trainer with his 4,194th career winner when Poet's Society won at York in August 2018.

The trainer added: "I have always respected the principle of the trainers' championship being based on prize-money and have never denied the importance of maximising the winnings of each horse and quality over quantity.

Mark Johnston: the relentless record breaker who is always trying

"At the same time, we'd be kidding ourselves if we ever said winners don't matter. That's what it's all about at all levels and the reason owners come into the sport."

This year, his 32nd year with a licence, it was his own record for the most wins in a month that Johnston broke when sending out an amazing 50 winners in July which catapulted him towards this latest feat. 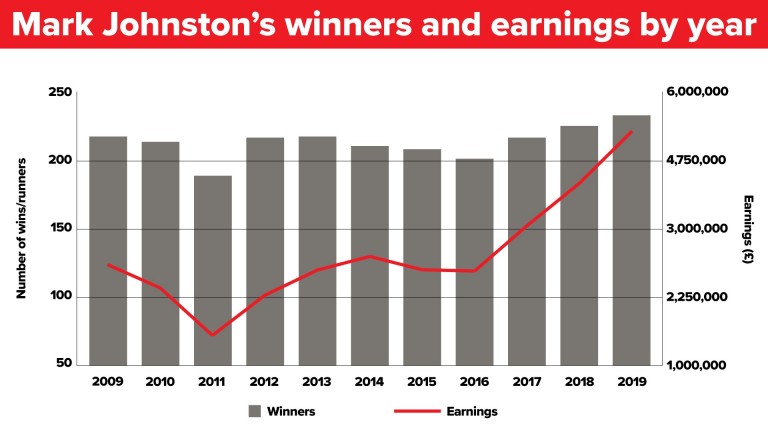 The winners have been slightly harder to come by since that memorable month with 32 winners in August and 25 in September before another nine this month took him to his latest record.

Canford Cliffs: 'He was one of the best racehorses in the last 50 years' Brilliant Baaeed strolls to fourth victory to leave Haggas aiming at the top 'It's like T20' - changes promised after new £1.8 million series gets going 'I've seen tougher Stewards' Cups' - trainer thoughts on the day's big handicap Which of the Mark Johnston-trained five will flourish in opening contest? Sir Ron Priestley career in doubt after old injury flares up in Goodwood Cup