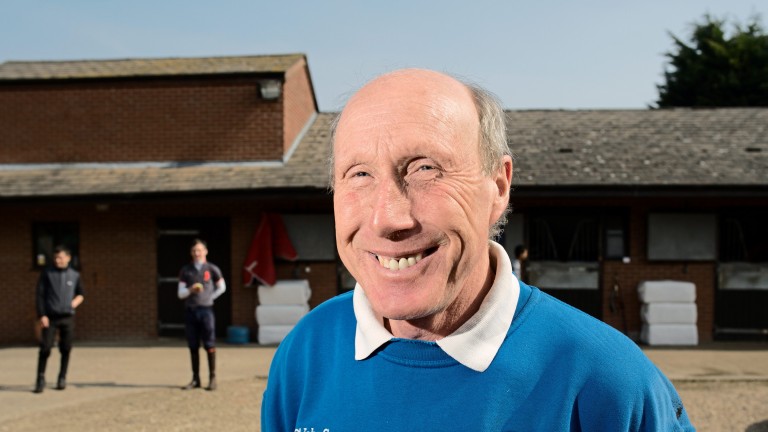 There are likely to be more horses than people at the replacement fixture at Lingfield on Monday where they are racing for the third time in four days.

Whilst there is unlikely to be the drama of Saturday's Winter Derby, the result of which was reversed, there are still some interesting runners including George Margarson's pair Hipz (2.55) and Daring Guest (3.30).

Margarson was out bright and early to put the latter through his paces on the Cambridge Road Polytrack in Newmarket on Saturday where the mercury had showed -4C overnight, and it promises to be much the same down in Surrey.

On Daring Guest, who lines up in the 7f handicap, he said: "I think Daring Guest has a cracking chance. We've tried him at other tracks but he really likes Lingfield and won well there last year. He ran a bit too keen under Oisin Murphy at Wolverhampton last time and didn't run his race but the way he stretched out under Jane on Saturday makes me think he's in top order. He has a good draw and should go close."

On Hipz, who has topweight in the preceding fillies' handicap over a mile, he commented: "We haven't had her that long and the main concern is her getting the trip but she is settling better these days. On the other hand she has plenty of weight and could be as high as she wants to be."

It could well be notable that newcomer Dutch Monarch (6.15 Wolverhampton) is one of only three three-year-olds Sir Mark Prescott has in training for Cheveley Park Stud for 2018, the others being the four-time unbeaten Codicil and the three-times placed Frolic.

The daughter of Dutch Art is a half-sister to the former Prescott-trained Dutch Heiress who was a two-time winner as a juvenile out of Heath House in 2015.

Although she failed to score in two outings on the all-weather, Dutch Heiress did manage to place on both occasions when second and third in decent company at Kempton.

Like most of Prescott's team, Dutch Monarch has plenty of experience of synthetic surfaces at home as the trainer seldom uses the turf facilities in Newmarket these days and his runner has been showing up nicely on the relaid Al Bahathri Polytrack gallop.

Irish raiders have been a bigger feature of the winter all-weather scene than ever for 2017-18 and Ty Rock Brandy makes the return trip from Northern Ireland to contest the opening 5f handicap (5.45) at Wolverhampton.

Lee Smyth had three winners in Britain last year, the most recent of which was Ty Rock Brandy who landed a bit of a touch when scoring over course and distance in December at odds of 7-2.

The three-year-old warmed up for this with a decent fourth to Plough Boy at Dundalk recently and should be cherry ripe for a follow up.

Martin Harley takes the ride and the pair look to be well berthed coming from stall four.

FIRST PUBLISHED 6:00PM, FEB 25 2018
I think Daring Guest has a cracking chance. We've tried him at other tracks but he really likes Lingfield and won well there last year