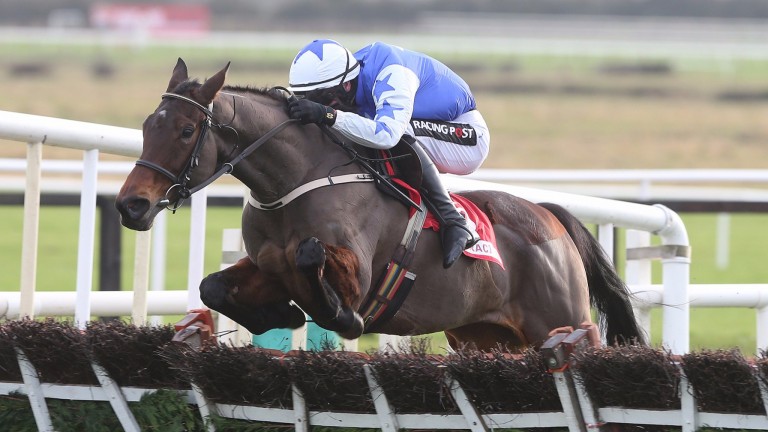 Supreme Racing syndicate manager Steve Massey is hoping his racing fairytale continues at the Cheltenham Festival with unbeaten mare Airlie Beach, who is most likely to run in the mares’ novice hurdle over 2m1f.

An impressive winner of the Grade 1 Royal Bond Novice Hurdle in December, Airlie Beach could go for the Sky Bet Supreme Novices’ Hurdle or the Trull House Stud Mares' Novices' Hurdle at Cheltenham, but Massey will leave running plans to trainer Willie Mullins.

“Look, if Willie was to say we'll run [Airlie Beach] in the Supreme Novices' we'd say great. However, it's not every day you have a favourite for a race, which she is for the mares' novice after her Grade 1 win,” Massey said.

“She’s back on the gallops after a mini-break and there's the Supreme option for her, but I'd say she's more likely to run in the mares' novice. Both races are over two miles and Willie will have the final say.

“It’s possible she may run next in the Deloitte Novice Hurdle at Leopardstown or she could go straight to the festival.”

Airlie Beach is a general 10-1 shot for the Supreme Novices’ Hurdle and, speaking in Monday Jury in the Racing Post, Danny Mullins believes she would have outstanding claims of emulating Like-A-Butterfly, the last mare to win the Supreme back in 2002.

If Airlie Beach tackles the mares’ novice hurdle, for which she is a 4-1 chance, Massey believes the syndicate could have an able Supreme deputy in impressive Leopardstown maiden hurdle winner Bunk Off Early.

He said: “He could be a dark horse. We were slightly worried about whether he'd stay at Leopardstown last month as he’s by Zebedee and not many of his offspring have been known to stay.

“He jumped well and stayed on nicely and the time of the race was good, so hopefully‎ he'll develop into a genuine Supreme candidate.”

FIRST PUBLISHED 3:45PM, JAN 15 2017
She’s back on the gallops after a mini-break and there's the Supreme option for her, but I'd say she's more likely to run in the mares' novice